In the southwest corner of the United Kingdom sits a playground for fighter jets. The Mach Loop, an unusual network... 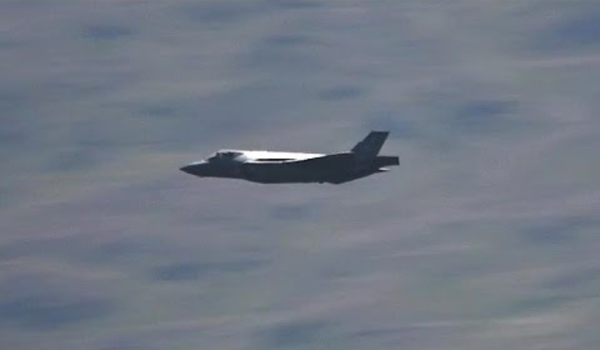 In the southwest corner of the United Kingdom sits a playground for fighter jets.

The Mach Loop, an unusual network of deep valleys nestled between the sleepy towns of Dolgellau and Machynlleth (where the loop gets its name), is a favorite training ground for Royal Air Force fighter jets and NATO aircraft looking to flit within 250 feet of the ground below while on maneuvers.

Sure, it’s not as cinematically awesome as the so-called “Jedi Transition,” the barren canyon in California favored by military pilots at nearby Air Force bases, but the Mach Loop is considered home to some of the best aerial military action observable from the ground.

“The cool thing about Mach Loop, and why so many photographers climb those steep, muddy hills and often camp out to capture the action, is the variety of aircraft that flies by,” Tyler Rogaway of Foxtrot Alpha explained in 2014. “The regulars are USAF F-15Es from RAF Lakenheath and RAF Typhoons, along with C-130s, Hawk Trainers, and various helicopters, but visitors do pop up, like A-10s or Saudi Tornadoes, or even Qinetiq test aircraft.”

On Wednesday, military aviation enthusiasts were treated to a nice surprise: a group of eight F-35 Joint Strike Fighters, drawn from the 34th Fighter Squadron and Air Force Reserve's 466th Fighter Squadrons and, according to Popular Mechanics, deployed in Europe for the very first time.

It won’t be the last time the F-35 shows its gnarly face in the U.K.: The Royal Air Force ordered 138 F-35B fighters specially designed for vertical takeoffs and landings. In February 2015, the RAF 17 Squadron formed at Edwards AFB, California, to evaluate and test the new fighters.

It may be some time before the U.K. officially fields its first squadron of F-35s on the battlefield. Until then, it’s nice to watch these jets stretch their wings after a long trip to their new playground in the sky.