Here’s How The Marine Corps Will Train Future Snipers

First-person shooter is one of the most popular perspectives among gamers, but these simulations can be used for much more … Continued 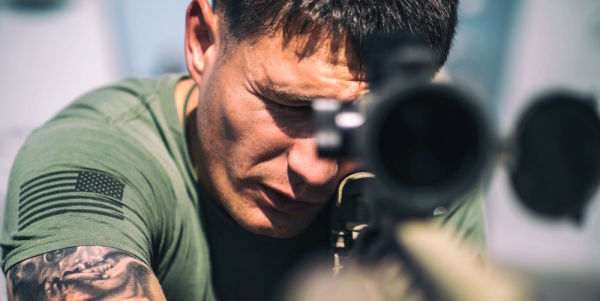 First-person shooter is one of the most popular perspectives among gamers, but these simulations can be used for much more than entertainment — specifically military training. And thanks to new the Indoor Simulated Marksmanship Trainer III, Marine Corps marksmen are about to take their sharpshooting skills to a whole new level.

Though the Corps has been using virtual reality to train Marines for two decades, the systems for marksmanship have become exponentially better.

In 2016, Marine Corps Times reported that the system’s immersive high-fidelity sound and visuals will help close the gap between the inherent limitations of an indoor simulation and the real thing.

“In the evolution of this training system, it went from a specific one to two weapon system and now pretty much covers the full spectrum of small arms weapons that are used by the Marine Corps today,” Chief Warrant Officer 4 Matthew Harris, the ISMT III project officer, said in a Marine Corps press release. “ISMT helps to build fundamentals of muscle memory for Marines so that when they hit the range, they are ready to respond to real-life scenarios.”

The reason the Marine Corps is investing so heavily in simulation technology is that it helps build muscle memory without costing millions.

Herbert Gray, the director of the MCIPAC Tactical Training and Simulation Support Center, told the Marines in 2016 that he believes repeated practice in realistic combat simulations allows them to develop automatic responses to a broader array of scenarios.

“It’s better to drop bombs in a simulated environment than to drop bombs on a range all over the place,” Gray said. “It saves us a lot of money.”

The Corps has ordered 490 ISMT III systems destined for major Marine Corps bases, reserve duty sites, amphibious transport docks, and amphibious assault ships worldwide, according to the release. So far, 200 have been distributed, with all land installations to be completed by September 2018.

In recent years, the Corps has invested heavily in simulation across a number of different aspects of training. Beginning in 2017, officials began distributing the Marine Tactical Decision Kit, an augmented reality system designed to put infantry Marines through the rigors of battle without ever leaving their barracks. And the same is now essentially being done with marksmanship training.

“Marksmanship is embedded in the Marine Corps,” said Carrillo. “As technology advances and weapons get better and more accurate, we need to teach Marines how to use those weapons and improve their marksmanship, so that we can continue to be the best marksmen the military can offer.”