This Free-Floating Rucksack Is The Leisurely Future Of Hiking

The HoverGlide free-floating backpack may be the future of carrying tons of heavy crap outside. The futuristic bag, developed by... 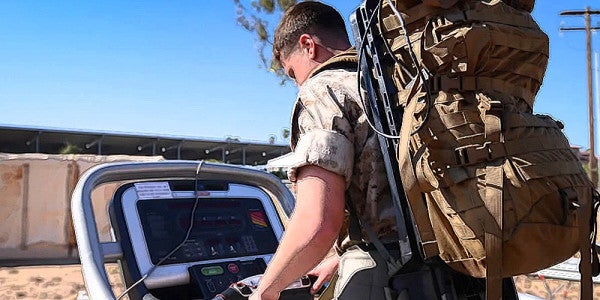 The HoverGlide free-floating backpack may be the future of carrying tons of heavy crap outside.

The futuristic bag, developed by Lightning Packs LLC using its patented “Lighting Pack” technology, purportedly requires an eye-poppingly precise 86% less energy and effort than the traditional bulky backpack on even the most arduous ruck session.

To keep these battery-dependent Soldiers powered up for longer
intervals, Army scientists and engineers have developed the Energy
Harvesting Assault Pack, or EHAP, engineered to convert the natural
movements of Soldiers into usable power. The HoverGlide is based on it.

If it seems like a scam, but it’s not thanks to one simple reason: it’s the product of some well-timed defense funding from more than a decade ago.

Lighting Packs has been working with U.S. Army Research and Development to develop the new-fangled pack since 2005, and both the Army and Marines have been testing the military applications of that tech since at least 2014.

The military variant of the Lighting Pack is currently known by CERDEC as the Energy Harvesting Assault Pack (EHAP). And while the free-floating backpack tech has been reserved for military demonstrations, a soon-to-be-released commercial version will put the load-bearing tech enjoyed by hardened warfighters in civilian hands.

The EHAP wasn’t designed with weight reduction as its primary function. Instead, the backpack can generate more than 3 watts of power an hour at a pace of 3 mph, enough to keep a personal communication device (or maybe an iPad?) juiced up during long excursions.

Beyond energy needs, the EHAP has the ancillary benefit of reducing weight since you don’t have to tote extra batteries around for your GPS, Blue Force Tracker or Nintendo Switch. And unlike a traditional rucksack, the EHAP has the option to allow the backpack to move up and down on a unique double frame, reducing impact on joints.

Designed for Army assault packs, the EHAP consists of a rack and pinion generator with a spring-loaded, double-frame suspension system attached to a standard rucksack. With each step a Soldier takes, the rucksack glides up and down while the generator captures small amounts of kinetic energy that would otherwise be lost and converts it into usable electrical energy.

The pack is not without problems. During a hands-on demo at ExFOB 2014, Marine Cpl. Mohamed A. Yusuf, a field radio operator with the 1st Marine Regiment, noted that the pack was a bit noisier then he would like, and that he had concerns about the frame material holding up in the field. Indeed, the extra moving parts in the double frame system pose more opportunities for malfunction at the worst possible time (although if you are not running around outside the wire in hostile territory, that may be much less of a concern).

CERDEC engineers have teamed with biomechanical engineering experts from the Army Research Laboratory’s Human Research and Engineering Directorate, or ARL HRED, to study the impacts of the EHAP on Soldiers’ joints and exertion.

The EHAP may not show up on the C-17 for your next deployment, but the HoverGlide could be your best friend on your next outdoor adventure. And although you may not deploy anytime soon with a future hover rucksack, you may be able to buy one off the shelf in the near future thanks to an upcoming Kickstarter campaign.