Soldiers have tried to preserve memory of wars for probably as long as we have told stories, whether oral or … Continued 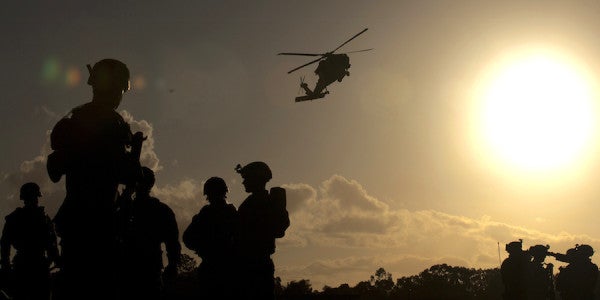 Soldiers have tried to preserve memory of wars for probably as long as we have told stories, whether oral or written; one has only to look at the writings of Sophocles for example. During World War I, Siegfried Sassoon and Robert Graves both wrote and published while commanding troops on the Western Front. After World War II and Vietnam, service members such as Randall Jarrell and Kenneth Koch, Bruce Weigl, and Yusef Komunyakaa published poems almost immediately after the end of their respective wars. In our era of blogs, websites, and Youtube, the notion of a service member publishing while deployed or in the near return from said deployment has been renewed, energized, and democratized to an extent inconceivable to our predecessors.

For Brooke King Haislop, a former soldier who deployed to Iraq in 2006 as a wheeled vehicle mechanic, machine gunner, and recovery specialist, technology did not initially play an important role in her road to being a published writer. By email, Haislop tells me that early success came by way of small university presses publishing her writing, but technology “now plays a vital role in terms of digital footprint in the literary world.” She continues, “it seems to go without saying that technology and the ability to have it in a war zone allowed so many to articulate or keep track of the extent of the war in relation to themselves and others.”

Army veteran Matt Gallagher was one of the earliest bloggers during the Iraq War. Gallagher, who writes both fiction and nonfiction, began writing while deployed in 2007.

“[Blogging] was mostly a simple, straightforward way to stay in touch with family and friends without spamming their email inboxes,” Gallagher tells me, “if they wanted to know what my scout platoon and I were up to, they could visit the blog.” While the concept of blogging as a form of publishing is now mainstream, at the time Gallagher didn't think of it that way.

The work he published between 2007 and 2008 became the basis of his first book, a memoir called “Kaboom: A Soldier’s War Journal,” which was released in 2010. This soldier-driven narrative offered readers a visceral, near-real time “perspective” of Iraq previously unknown, except possibly through lens or from war correspondents’ reporting in the media. Though the blog was shut down early in his deployment, Gallagher notes that it helped him begin to “conceptualize and then self identify as a writer.” The blog ended up in hardcopy form, demonstrating that service members and veterans no longer need to publish a hard copy book to be a considered writers.

David Ervin, a former sergeant in the U.S. Army infantry and Operation Iraqi Freedom, has published the work of over two hundred fellow veterans through Military Experience & the Arts, a volunteer run, literary non-profit focused on publishing the writing of veterans and their families.

Military Experience & the Arts fulfills its mission by offering free writing workshops, mostly online and in person at its annual symposium, to military veterans and their families. The potential of this democratized space in which veterans are able to share their own stories without having to go through the filter of a journalist or a publishing house immediately adds tremendous diversity and scope to the notion of what a war story is or isn’t. It is disruptive to the official narrative, presenting instead a collective of stories that bring us closer to “truth.”

Ervin self-published his memoir, “Leaving the Wire: An Infantryman’s Iraq,” after coming to the realization that “non-fiction, agents and publishers were going to have a heavy hand in deciding content and themes. It seemed the only thing you were really bringing to that table was your knowledge in the end.” He believes that self-publishing allowed him to retain control over his war story.

“Something as intimate as telling what happened in that war was something I had to do on my own terms,” Ervin says.

Pete Molin, a retired U.S. Army infantry officer who is now a cultural critic and lecturer at Rutgers University–New Brunswick, began writing his first blog to document his own experiences at war from 2008–2009. When asked his thoughts on whether the literature from the wars in Iraq and Afghanistan is different than what has come out of previous wars, and to what extent if any technology has contributed, he responded, “There is much more focus on the soldier’s experience after returning home and leaving the service. The explosion of veterans writing groups and online writing forums has generated an energetic ‘bottoms-up’ ethos that creates opportunities for many to write and the very talented to stand out. Online criticism has both publicized worthy works and generated discussion, while creating ‘meta-awareness’ about the field of war writing.”

To Molin’s point, for readers interested in the topic, this might be considered a golden age in American literature because so much writing is available. The proliferation of online publishing technology has undoubtedly driven the growth of literature borne of the wars in Iraq and Afghanistan.Whether in the form of a personal blog, or website, or blogs and websites that are more institutionalized, such as the New York Times’ Home Fires or At War blogs, scores of writers who might not have thought of themselves as such are now sharing the task of preserving memory and constructing a polyphony of voice and experience.