How Many Rounds Does It Take To Melt A Suppressor? Let’s Find Out

Sometimes a controlled burst from a light machine gun just doesn’t cut it, which is why weapons manuals include detailed … Continued 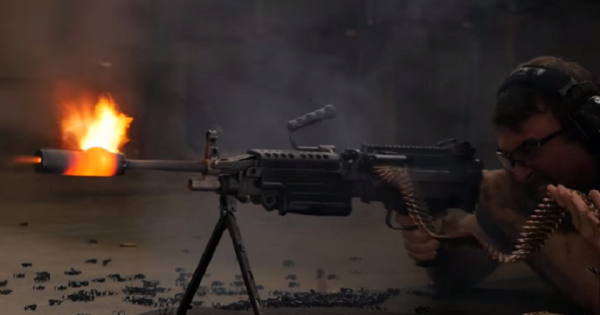 Sometimes a controlled burst from a light machine gun just doesn’t cut it, which is why weapons manuals include detailed breakdowns on when a barrel change is recommended — like, say, after you fire 850 rounds from an M249 Squad Automatic Weapon in under a minute.

Don’t think that’s likely to occur? Maybe not, but thankfully someone decided to show what actually happens when a gunner goes HAM on a SAW with a suppressor in one continuous minute-long burst.

In a July 6 YouTube video, the crew over at West Coast Armory, a full-service gun shop located in Issaquah, Washington, decided to find out just what it takes to reduce a suppressor into a molten pile of steel… and to turn the barrel of an M249 into a glow-stick from hell.

Turns out about 700 rounds fired at the cyclic rate from an M249 SAW is overkill. In the video, the suppressor begins to glow red hot just a few seconds in, before splitting around the 350th or maybe the 400th round (at that rate of fire, it’s hard to tell.) Even so, this Stoner on steroids just keeps going, while the shooter hangs on for dear life and the a-gunner tries his hardest not to take any molten metal flakes to the face.

Gives a whole new meaning to the phrase: suppressing fire.