How many of you protect your ears when you go out to the gun range? Not many, according to science … Continued 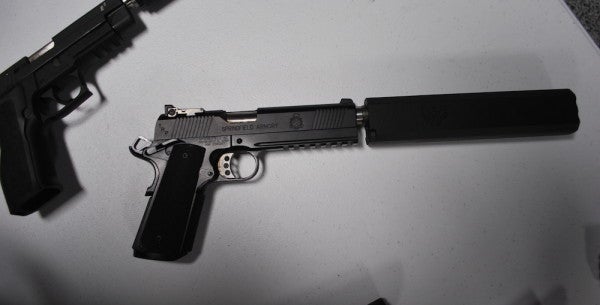 How many of you protect your ears when you go out to the gun range? Not many, according to science — and the lobbying arm of the National Rifle Association wants to deregulate suppressors to help you out.

Related: Gun Silencers May Get Easier To Buy, But Their Makers Are Struggling »

According to a new study in “The Laryngoscope,” a medical journal in the field of otolaryngology, 21.4% of gun users never protect their ears while shooting.

Titled “Epidemiology of firearm and other noise exposures in the United States,” the survey found that shooting without hearing protection has “potentially serious long-term hearing health consequences.”

This is a boon to the NRA, which has cited hearing damage as a reason to change the classification of suppressors as controlled weapons under the National Firearms Act — a standard since 1934 — and allow them to be purchased from federal firearms license holders by any buyer who passes an FBI instant background check, according to Guns.com.

“While earplugs and earmuffs are important tools in this battle against hearing loss, expanding access to suppressors will increase the safety options for shooters reluctant to employ other methods of hearing protection,” the NRA said in a press release.

Last January, South Carolina Republican Rep. Jeff Duncan introduced the “Hearing Protection Act” to remove suppressors from the list of NFA weapons. Currently, the bill has 137 co-sponsors but no committee hearing date set, and suppressor manufacturers are waiting anxiously for a resolution.

But the suppressor has found favor with the White House. It’s been publicly endorsed by the president’s son, Donald Trump Jr., a hunting aficionado who did a promotional video for the suppressor manufacturer SilencerCo.

“The results of the study, and the drawbacks of some widely-used hearing protection options, show the importance of increasing access to firearm suppressors,” said the NRA’s release.

But you’ve got to wonder: Is easier access to thousand-dollar suppressors really going to help the nearly one-quarter of shooters who can't be bothered to reach for a ten-buck set of ear protectors on a range?