New Vehicles Will Deliver SEALs With More Stealth Than Ever

The Navy SEAL transportation system is about to be overhauled as the service looks to add both stealth and range... 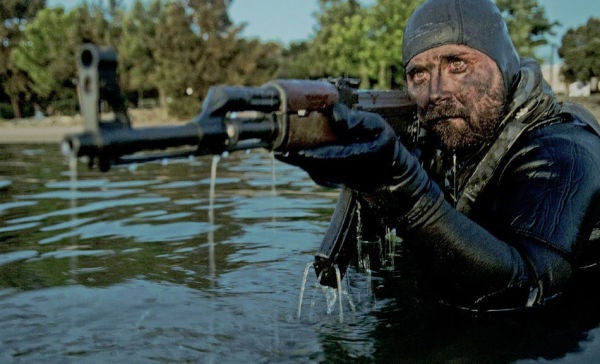 The Navy SEAL transportation system is about to be overhauled as the service looks to add both stealth and range through the creation of a new elite undersea vehicle.

Right now, SEALs are transported in a delivery vehicle that resembles a sled, decked out in full scuba gear, and completely exposed to the water.

But that will change by the end of the decade with addition of a new submarine-like vehicle. Called the “dry combat submersible,” the new craft will carry six SEALs over longer distances at greater depths, without leaving them exposed.

According to War Is Boring, “The most recent DCS prototype weighs almost 40,000 pounds and can travel up to 60 nautical miles while 190 feet below the waves.”

The first sub is due to be delivered in July 2018, and it will be operational as early as the fall. Testing is expected to be finished in 2019, reported The Hill.

Evidently, the vehicle will have many of the same characteristics as a submarine, including propellers, thrusters, ballast tanks, scrubbers, oxygen manifolds, and a periscope. In addition, these vehicles will be powered by battery.

Though the swimmers' compartment is only about 12 feet long, making it a tight squeeze for six SEALs, officials are confident that it will be a drastic improvement over the current system.

War Is Boring also wrote, “Commandos could get further into enemy territory or start out a safer distance away with this new vehicle. SEALs could also use this added range to escape any potential pursuers.”

If everything goes according to plan, the dry combat submersible could be put to use as early as 2020.