The Oldest Gunmaker In America Is Planning On Filing For Bankruptcy

Remington Outdoor Co., the oldest gunmaker in America, is reportedly planning to file for bankruptcy protection. The company has reached a deal... 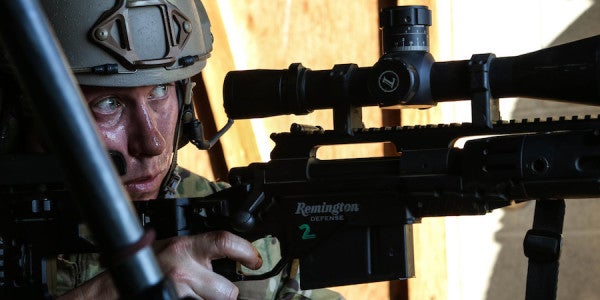 Remington Outdoor Co., the oldest gunmaker in America, is reportedly planning to file for bankruptcy protection.

The company has reached a deal to give lenders ownership over the firearms maker, Bloomberg reported on Monday. Last week, Reuters reported that Remington had reached out to banks and credit investment funds in an attempt to acquire the funding necessary to file for bankruptcy.

In recent years, Remington has faced serious backlash after accidents and violent incidents related to the company's guns.

In 2014, Remington settled a class-action lawsuit, agreeing to replace the triggers on 7.5 million allegedly defective guns free of charge. While Remington maintains that the guns are safe, the lawsuits linked the guns “to hundreds of serious injuries and at least two-dozen deaths,” CNBC reports.

The company also faced backlash after a Remington rifle was among the weapons in the arsenal used in the Sandy Hook Elementary School shooting in 2012. Twenty-six people were killed in the shooting in Newtown, Connecticut.

Bloomberg reports that a final nail in Remington's coffin may have been a counter-intuitive one: the election of President Donald Trump.

Trump's candidacy was supported by the National Rifle Association, and his two eldest sons are hunting enthusiasts. However, firearms sales fell after Trump's election.