This Remote-Controlled A-10 Lets You Unleash Hell On Enemies

For those who have ever dreamed of calling in a gun run on backyard intruders — squirrels, racoons, neighborhood kids... 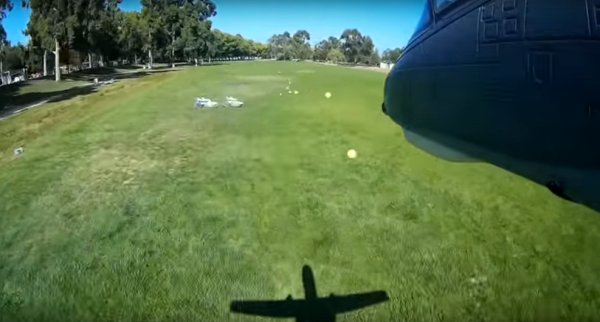 For those who have ever dreamed of calling in a gun run on backyard intruders — squirrels, racoons, neighborhood kids — there’s a new tool for your arsenal. A recent YouTube video shows a remote-controlled A-10 Warthog that someone custom-made in their garage, doing gun runs over a golf course. The tiny tank killer even has a cannon modelled after the real A-10’s 600-pound GAU-8.

This one is built around Nerf’s Rival Zeus blaster, which fires 12 foam balls in under a second from the nose of the A-10. It even sounds a bit like the real thing. Check out how it was made in the below video and watch it strafe some cardboard tanks.