Someone Invented A Bulletproof Balaclava 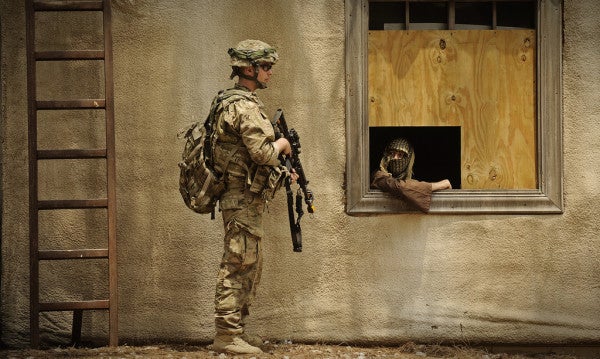 A Lebanese designer named Salim Kadi invented a bulletproof keffiyeh. The keffiyeh a headscarf visually similar to the balaclava issued to American military troops, or the shemaghs that deployed personnel would wear under helmets or around their shoulders and tucked into flak jackets.

According to Motherboard, Kadi came up with the idea as a way to reduce accidental fatalities due to celebratory fire, which is the practice of firing weapons into the air after elections, funerals, and weddings. Though the practice is technically illegal, it continues to occur.

“Historically, the keffiyeh was worn to protect one from the environment, but violence is our new environment,” Kadi told Motherboard.

Called the K29 Keffiyeh 001, the 120-by-120 centimeter headscarf is embroidered with Kevlar, a strong plastic typically used in making of bulletproof vests. To stop a round with the K29, you’d need to wrap the scarf around your head about nine times, which incidentally is how you wear the headscarf, so that’s convenient.

Additionally, the embroidered Kevlar headscarf becomes more pliant the more it's worn, so although it’ll likely be stiff the first few times you take it for a spin through a gunfight, after continued usage it should fit comfortably.

“Wearing it feels like wearing a motorcycle helmet, without the extra weight,” said Kadi. “The Kevlar and the keffiyeh is a perfect match.”

Just imagine if you had a headscarf or shemagh made out of Kevlar when you were downrange? Fashionable and functional as fuck.

But, your first sergeant would probably chew you out anyway.