Bludgeon Your Biceps — And Enemies — With This Brutal Steel Mace

The mace may be the oldest man-made murdering tool in the history of the human race. Though stone maces have … Continued 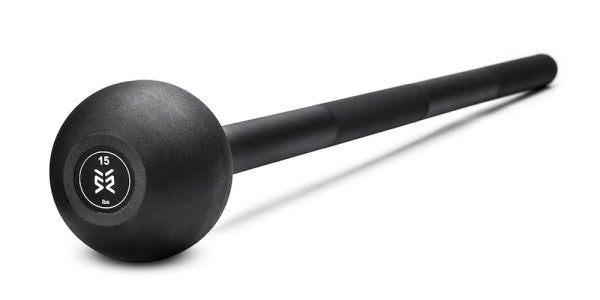 The mace may be the oldest man-made murdering tool in the history of the human race. Though stone maces have existed since the Late Stone Age some 50,000 years ago, the earliest mention of warriors using these brutal bludgeoning devices come from ancient Indian epics penned nearly a millennium ago. “Gada,” the steel mace favored by Persian and Hindu warriors, eventually became tools for physical training — a function that, with the advent of well, firearms, has long surpassed bludgeoning as the mace’s primary choice.

That’s where the Set For Set Steel Mace comes in. The “ultimate full body conditioning tool,” hand-sculpted from steel and black matte powder, the steel weight “holds almost the entirety of its weight in the ball head,” SFS explains, a balance “which results in uneven weight distribution thus engaging smaller stabilizing muscles around our joints which will increase your core and rotational strength.”

So what’s the best exercise fit for an age-old weapon of war? Our friends at HiConsumption suggest picking up the 15-pound model (for a measly $68) and putting it to use with the 10-to-2, 360 swing, Gravedigger, and the Barbarian squat. But if you find yourself in trouble on the way home from the gym (or, ya know, fighting off a horde of zombies), consider sticking with the good, old-fashioned skull-crusher. That’s what it was built for in the first place.