The Evolution Of The Combat Boot In The US Military

Wars are fought and ultimately won by the troops who slog through grime and uneven ground to take the hill.... 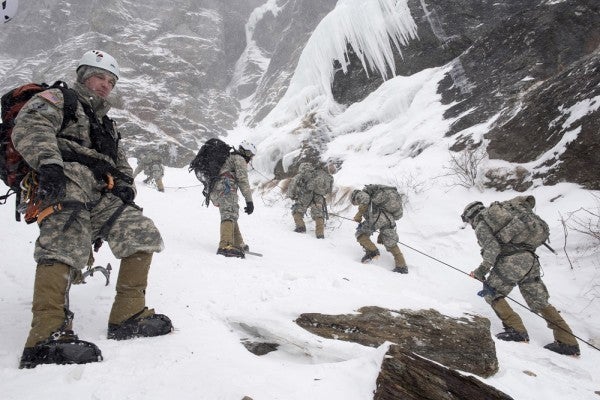 Wars are fought and ultimately won by the troops who slog through grime and uneven ground to take the hill. One of the most important and easily overlooked pieces of equipment for that service member is the combat boot.

Injuries caused to frontline troops due to poor footwear has been recorded as far back as the 1700s, notes a Department of Defense report on cold-weather footwear. During World War I, the brutal cold coupled with the issued boot’s poor insulation led to countless bouts of trenchfoot among American soldiers and Marines.

In some cases, injuries resulting from inadequate footwear were so debilitating that some World War I veterans continued to seek treatment for their feet, more than 30 years after the war ended in 1918. The damages caused by inferior footwear continued during the second World War II with foot-related injuries reported from every theater.

Since then, the footwear of America’s warfighters has undergone numerous transformations, though today’s combat boots could still use a little work. Until manufactures find a way to make a self-cleaning boot that kills athlete's foot and miraculously prevents rolled ankles there’ll continue to be complaints.

That being said, modern footwear is bounds beyond where it used to be.

“My definition of combat boots are boots that are tailored specifically for the environmental conditions that are present,” explained Hutcheson.

Finding footwear that can go where American troops operate and endure the rugged terrain is easier said than done. In Vietnam, jungle boots decayed so quickly in the harsh environment that troops heading out on patrol would often carry spares.

While the temperate and hot weather combat boots “are good all-around boots,” they don’t hold up as well in the mountains or jungle, Hutcheson said.

“It does the job it’s intended to do for being an all around boot,” explained Hutcheson who spent seven years as an enlisted infantryman before being commissioned as an infantry officer. “But we do have other boots to answer the needs for other environments and other situations.”

The Army alone lists 10 different types of combat boots in its 2014 Program Executive Office Soldier equipment index. There are variations of modern combat boots made for certain jobs or tasks, from boots made with flame resistant material to others that have reinforced soles and toes for troops working around heavy equipment or in hazardous areas. Modern combat boots have shock-resistant rubber soles and are comprised from materials like Gore-Tex, a lightweight, waterproof fabric that offers increased comfort and durability.

Once troops get orders downrange, there are other boots they may be issued based off of where they’re located. For those headed to Afghanistan, they receive:

Alternatively, for soldiers operating in frigid environments like Alaska, they are issued footwear designed for the harsh conditions.

The modern combat boot builds heavily on its predecessors; however, the sheer number of variations mean that today's troops have access to high-quality footwear tailored for their job in whatever theatre they might operate in.