This Off-Road Speed Demon Is Veteran-Made

Local Motors’ CEO Jay Rogers has the desert in his DNA. Not only is he the grandson of Ralph Rogers,... 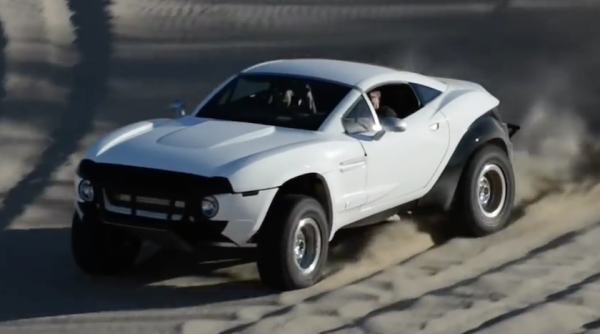 Local Motors’ CEO Jay Rogers has the desert in his DNA. Not only is he the grandson of Ralph Rogers, owner of Indian Motorcycle Company, which built desert fighting motorcycles for the U.S. Army during World War II, he’s also a former Marine Corps infantry officer who spent some time in the Middle East.

“When you’re in Iraq, on deployment every day, and you know you could get killed from roadside bombs, insurgent attacks, many different things, you really get in touch with the idea of what you want to do with your life,” Rogers once told Maxim in an interview. “For me, I loved cars. I like a challenge. This is it.”

The catch? You have to build it yourself.

It begins with a $5,000 deposit paid to the company at least 30 days in advance. Then you and up to two friends — if you’d rather not build the car by yourself — pay a visit to Local Motors’ “microfactory” in Phoenix and get to work. In one week, you’ll assemble your very own Rally Fighter, replete with customized color schemes and interior.

Despite looking like something out of the apocalypse, the Rally Fighter is street legal in 50 states. But, of course, this baby was born to run — and jump, and drift, and…well, you get the point. And don’t worry about putting it through hell: All of the information you need to repair and modify the Rally Fighter is available on the company’s website.

The Rally Fighter is limited to 2,000 editions. You can purchase one here. If you do, and you need someone to help you built it, you know who to call. You don’t? Okay, I’m talking about myself. Call me. Please.