The T-80, the third-generation battle tank developed by the Soviet Union in the mid-1970s, is one hell of a fighting... 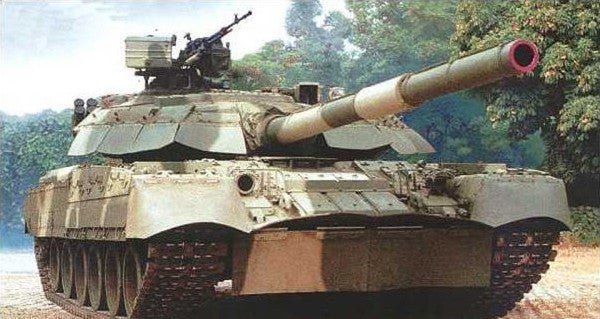 The T-80, the third-generation battle tank developed by the Soviet Union in the mid-1970s, is one hell of a fighting machine. Sure, it’s nowhere near iconic as the American-made Sherman and Abrams tanks have been over the last several decades, but the T-80 made up the backbone of the Soviet and, after the Cold War, Russian military, an armored war machine with a multi-fuel turbine engine as its beating heart.

The T-80UD is essentially a T-80 but louder, powered by a turbo-piston diesel engine. Only 500 were built in the late 1980s for the Ukrainian military, but one somehow managed to finds its way into an impromptu reenactment of “The Fast and the Furious: Tokyo Drift” in an abandoned lot.

Yes, that’s some damn fine drifting (or a “police turn,” as the video title puts it). And yes, those are sparks flying off the T-80UD’s treads.

To be clear, I have no idea when or where this video was taken. All I know is that, according to Popular Mechanics, the T-80UD has a manual transmission, making this stunt an exercise in drifting that would make even “Drift King” Keiichi Tsuchiya’s mouth drop. (If you want to learn more about the design and engineering that went into the T-80UD, check out this lengthy explainer here, via PopMech.)

Oh, you crazy Russians. Please stay out of our politics, but by all means, please keep braving a disastrous and boneheaded death in the service of viral YouTube videos.