Forget Chanel or Louis Vuitton: For women with an eye toward safety and a willingness to kick ass, the hottest... 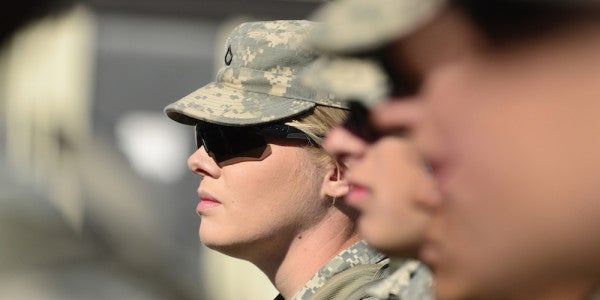 Forget Chanel or Louis Vuitton: For women with an eye toward safety and a willingness to kick ass, the hottest spring fashion is specially made body armor.

Since 1967, Propper has clothed American troops, growing from a single Navy contract to the primary supplier of uniforms and tactical gear for both the armed forces and civilian law enforcement. But while the company has long embraced the latest developments in durable tactical garments and body armor, it as admittedly fallen short on one major advancement on battlefields at home and abroad: the rise of women within the ranks.

To mark the company's 50th anniversary and acknowledge the transformation of the armed forces during the last five decades, Propper is finally releasing a line of defensive products tailored explicitly for women.

The Propper 4PV-FEMPhoto by Propper International

Apart from better cuts of the kinetic pants worn by female law enforcement officers across the nation, Propper also announced the 4PV-FEM vest, pictured above. As armor products chief Skip Church explained to PoliceOne, most companies make cosmetic modifications to create the vests sold “for women,” but this female-friendly adaptation of the company’s signature tactical armor line first introduced in 2014 looks to maximize both protection and mobility.

After all, the special designs are not just a matter of comfort, but combat effectiveness. According to product chief Joe Ruggeri, poorly tailored uniforms can hinder a soldier or officer downrange, particularly in uniforms which are simply adapted from male colleagues’ with similar builds.

“Women have been somewhat neglected in the tactical industry,” Ruggeri told PoliceOne. “A lot of female police officers have complained because typically uniforms are just a men’s version of the uniform. It doesn’t really help them look professional, and we wanted to address that.”

Diamonds may be a girl’s best friend, but nothing says “I love you” like woven Kevlar that really fits.