These Are The 10 Worst Military Installations For Heat-Related Illnesses

It’s called exertional hyponatremia, and in severe cases it can put someone in a coma. The heat-related illness characterized by... 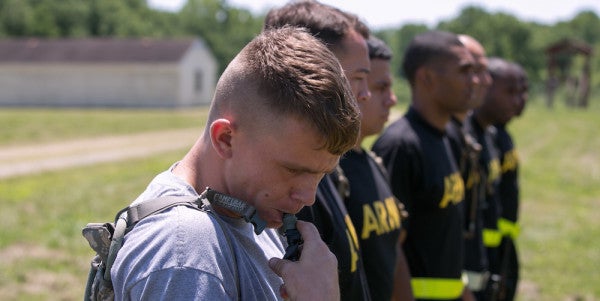 It’s called exertional hyponatremia, and in severe cases it can put someone in a coma.

The heat-related illness characterized by low sodium levels can be fatal — you can get it from drinking too much water during exercise.

And while it’s rare, you have a higher chance of developing it if you’re a Marine or recruit at Marine Corps Recruit Depot Parris Island.

The Military Times first reported Department of Defense data that showed more than 1,500 active-duty personnel were diagnosed with the condition between 2001 and 2016. Parris Island accounted for just over 14 percent of those cases, about twice as many as the next closest bases.

The Marine Corps far outpaces the other service branches in terms of per-capita incidents of this specific type of heat-associated illness, according to the Military Times.

The report shows there were more than 2,500 cases of all forms of heat-related illnesses across all branches in 2016, including 386 instances of heat stroke. The U.S. Army accounted for the greatest share, 1,441, followed by the Marines, with 734.

Parris Island has “a specific Heat Injury Prevention Program order that provides overarching guidance and policies such as reporting procedures (and) visual/audible warning systems,” depot spokesman Capt. Adam Flores wrote in an email Friday afternoon. “There is additional guidance … within the Recruit Training Order, such as scheduling … physical training … early in the mornings to avoid … the hottest portions of the day.”

Lumped together, Parris Island and Marine Corps Air Station Beaufort occupy the No. 6 spot in the country in terms of instances of heat-related illnesses between 2002 and 2016. The Army’s Fort Benning, Ga, topped the list. Fort Jackson, No. 3 on the list, was the only other South Carolina installation.

*Based on reporting from the Military Times, citing Defense Health Agency data