Editor’s Note: This article written by Cristina Goyanes was originally published on Greatist, a digital publication committed to happy and... 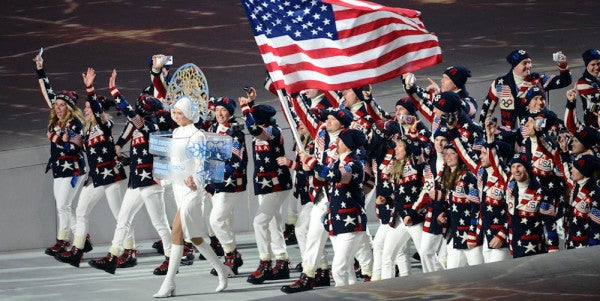 Editor’s Note: This article written by Cristina Goyanes was originally published on Greatist, a digital publication committed to happy and healthy lifestyle choices.

Olympians seem almost superhuman. They can run, lift, and leap faster, better, and farther than the rest of us. But they are, in fact, mere mortals — people who have trouble rolling out of bed in the morning, get bored at work, let laundry pile up, face identity crises, and love to Netflix and chill. But don't just take our word for it. We asked 16 Rio-bound athletes about their vices and struggles, which sound a whole lot like our own.

1. They hate waking up for workouts.

“The hard days are getting up early knowing that it’s going to be about 15 hours until the last workout of the day is over. I shorten my focus and tackle one small task at a time, looking for little victories along the way: a great cup of coffee; a nice bagel and espresso at lunch; and, of course, a soothing shower in the evening with the satisfaction of completing the day.” — Bobby Lea, track cyclist, two-time Olympian

“Sometimes when I need to sleep, I can't stop scrolling on Instagram. I have to make rules before I get in bed, like setting a timer. When it goes off so does my phone.” — Adeline Gray, wrestler, ranked No. 1 in the world in her weight class (75 kg)

3. They struggle with eating healthy.

“I didn't always eat right. I would turn to candy and bread, which makes you tired and isn't something you should eat in between sessions and games. In 2009, I really started to get into my diet, researching food—what's good to eat, what's not. Finding healthy snacks is key. Nuts, granola with fruit and yogurt, and KIND bars are easy, on-the-go snacks.” — Carli Lloyd, soccer player, two-time Olympic gold medalist

“I started swimming because I fell in love with the sport, and somehow, 14 years later, I am still swimming. I have good practices, bad practices, and boring practices. On my 'boring' days, I always try to think of ways to be a better swimmer, whether it's not breathing into my turns, holding a tighter streamline, or counting my strokes. My teammates help a lot too. I can always count on them to make me laugh and lift my spirits.” — Jessica Long, 12-time Paralympic gold medalist in swimming

“I run around cities in Lycra for a living—of course I question my identity from time to time. Any self-doubt over my chosen career path is abolished when I visit another cool city in another cool country and have the absolute best time running around in my not-so-cool Lycra.” — Non Stanford, triathlete for Team Great Britain

6. They indulge in retail therapy.

“If there is something that I am good at, it's spending money on clothes and makeup. I am always in sweats and yoga pants, so it's fun to dress up and feel like a girl. My go-to places in the mall are Free People and Sephora. You can always find me there!” — Jessica Long, 12-time Paralympic gold medalist in swimming

“It happens to me all the time when I start watching a new TV show. I can't stop. I'm thinking all the time, 'When is my next opportunity to watch the next episode?' And sometimes I even watch early in the morning before training and again when I get home until I fall asleep. Right now I'm watching a Danish TV show called Broen.” — Simon Andreassen, cross-country mountain biker for Team Denmark

8. They deal with stress in strange ways.

“I am a stress cleaner. Think Monica from Friends. The more stressed out I am, the cleaner my apartment gets. My roommates love it until I start following them around, picking up after them.” — Ellen Tomek, rower, women’s double sculls champion at the 2016 U.S. Olympic Team Trials

Carli Lloyd of the United States celebrates scoring against Japan at London Olympics.Photo via Wikimedia Commons

“I absolutely dread cleaning my goalie gear. When I was younger, I would go up to six months without cleaning it. And it smelled bad. But I didn't really mind or care. Umpires around my hometown still remember how awful the stench was, and so I guess I should be… proud? Ha. Now I have become more hygienic and place my equipment in the washing machine every couple weeks. I guess I learned it isn't so difficult.” — Alesha Widdall, field hockey, Rio 2016 Olympic Games alternate athlete

9. They struggle with work-life balance.

“Balancing work (my athletics) and school has been challenging for me, especially with how much I need to focus on my sport to be at the top. However, furthering my education is important to me. I feel a sense of accomplishment and pride graduating from DeVry University with a business degree, while, at the same time, chasing my dream of becoming the first American woman to win an Olympic gold medal in wrestling. Now that I’ve graduated, I’m excited to focus solely on winning gold in Rio.” — Adeline Gray, wrestler

10. They bond with besties over “The Bachelor.”

“When we were in California this past winter, the field hockey team would typically get together in one of the two houses and watch The Bachelor. At times we were packed in like sardines trying to find enough room for all of us to watch together. There would always be banter about whom we thought was the favorite. People always had differing opinions, so sometimes the room would get a little heated with commentary. All in all, watching the show was a great bonding experience for our team and something we talked about the next day and even throughout the week.” — Caitlin Van Sickle, field hockey, first-time Olympian

“Caffeine has been shown to make a statistically significant contribution to athletic performance. I start most mornings with a Red Bull, caffeinated Clif Bar, and a banana. A little sugar helps jump-start my metabolism. Hydration is also a key contributor to my energy level. I try to drink a liter of water before heading to practice.” — Andrew Campbell, rower, lightweight men’s double sculls champion at the U.S. Olympic Team Trials

12. They have a serious sweet tooth.

“Ever since I was a little kid, I had a tendency to accidentally spill my drinks or drop plates of food. It happened at least once every meal. My parents used to preemptively ask for extra napkins when we would eat out. Sadly, my childhood butter fingers followed me into adulthood, and I've broken more glasses and plates than I care to admit. For as coordinated and athletic as I am, I can be quite the klutz.” — Meghan O’Leary, rower, women’s double sculls champion at the 2016 U.S. Olympic Team Trials

“My hands are extremely rough from pole vaulting. When the day comes for me to get married, no wedding ring pics for me—at least not of my hands! I'll display that ring on a nice, pretty little pillow. Forget my ugly — Sandi Morris, pole vaulter, second-place finisher at the U.S. Olympic Team Trials

“I really love a good, cold beer on a hot summer day or a nice glass of red wine with dinner. I try my best to leave those as rewards for good work, whether it’s a good week of training or a day spent mowing the lawn.” — Bobby Lea, track cyclist, two-time Olympian

This article, “All the Ways Olympians Are Just Like Us,” originally appeared on Greatist.