Today, President Donald Trump took to Twitter to announce that he will reinstate a transgender ban across the military that … Continued 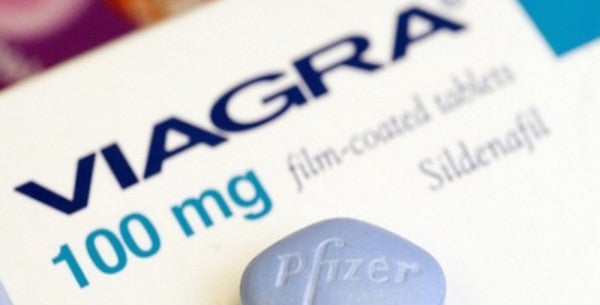 Today, President Donald Trump took to Twitter to announce that he will reinstate a transgender ban across the military that was lifted last year under then-Secretary of Defense Ash Carter. The removal of the ban allowed thousands of troops to serve openly as transgender, but its reinstatement may now force these men and women out of their careers.

Trump cited both “disruption” and “tremendous medical costs” as reasons for banning transgender people from serving in the military “in any capacity.” However, it’s unclear what “tremendous medical costs” Trump is referring to. A RAND study performed last year estimated that hormone treatments and therapy could cost the military between $2.4 million and $8.4 million annually, which is peanuts when considered under the $700 billion National Defense Authorization Act that will serve as the fiscal year 2018 budget.

If Trump thinks the Department of Defense can’t afford $9 million a year to cover health care costs for transgender service members, then he might want to take a look at some other medical expenses DoD currently covers for troops. Like Viagra. Here are five line items that the Pentagon currently covers when it comes to service members’ health needs. These procedures and treatments may seem frivolous to some outsiders, but they can have a real effect on servicemembers’ well-being… just like gender treatment. If we fund any of them, why not fund them all?

Can’t get it up? The Pentagon is ready and willing to help. In fact, it spends tens of millions a year to make sure that service members can pitch a tent. In 2015, Military Times reported that DoD spent $84.24 million total on erectile dysfunction prescriptions in 2014 — $41.6 million on Viagra alone. In 2014 alone, the Defense Health Administration reported that it filled 1.18 million prescriptions for erectile dysfunction. It’s also probably worth noting that only 1.3 million people currently serve in the military.

If you have too many kids and have decided birth control isn’t for you, you can opt for a more permanent solution. TRICARE covers vasectomies and tubal ligation, and while those can be expensive procedures, the rationale may be that it’s cheaper for the Pentagon to pay for these procedures than the basic allowance for housing for 17 kids, or all those kids’ medical needs. While vasectomies cost up to $1,000 a pop, tubal ligation can run as high as $6,000. But we get it: Wearing condoms and taking prescription birth control seems way more inconvenient than going under the knife.

If you don’t like your teeth, the military will pay for you get new ones — as long as you’ve got TRICARE dental. This procedure costs anywhere from $925 and $2,500… per tooth. So if you get a full set, according to one dentist, it could cost anywhere from $20,000 to $70,000, depending on the quality of the veneers.

Are you a chainsmoker? Do you love dipping? The military wants to help you quit. Healthy lungs and gums are important for service members, and tobacco use increases your chances of heart disease, stroke, and various cancers. Even so, Bloomberg found that tobacco-related expenses run up a tab of more than $1.5 billion a year for the Pentagon.

Evidently, you can get addicted to smoking crack and have the military pay for your detox and rehab. Methadone is the prescription used to wean addicts off painkillers and drugs alike, but the caveat is that it is also habit-forming. But in order to treat addiction, TRICARE covers long-term use of Methadone as a part of its substance-use-disorder-treatment efforts for 15,000 to 20,000 people with opioid-use disorder. Last year alone, the Pentagon spent $58 million on reimbursements to caregivers for various substance-use treatments.

Starting soon, you can be a drug addict in the military, but you can’t be transgender.