Great news for people who don’t like to sleep: A South African coffee company claims to have concocted the most … Continued 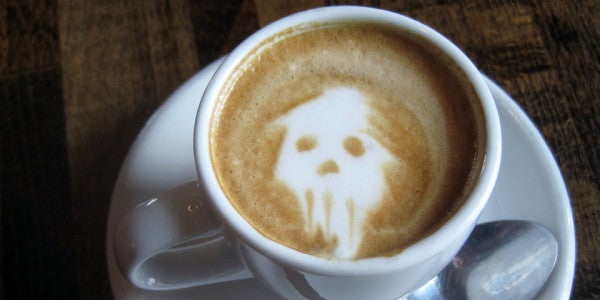 Great news for people who don’t like to sleep: A South African coffee company claims to have concocted the most powerful java in the world — and it’s now taking orders from the United States.

Black Insomnia Coffee contains 702 mg of caffeine per 12-ounce cup. That’s more than four times as strong as the average cup of joe — and more than twice the caffeine that the FDA says a healthy adult can safely consume in a day. But, hey, health: Is it really that important?

Every month or so, another coffee company announces that it’s concocted the world’s strongest brew. It’s like the space race, but for making your heart explode instead of landing on the moon. Until Black Insomnia first became available for purchase in South Africa last year, Death Wish Coffee, which boasts a caffeine content of 660 mg, was leading the pack.

Well, Death Wish, this is 2017, and your wimpy-ass bean water isn’t going to cut it anymore. Caffeine Informer has made it official: Black Insomnia is the most jittery java around… for now.

The only caffeinated beverage stronger than Black Insomnia — that we’re aware of — can be found in Adelaide, Australia, where local shop Viscous Coffee recently added a dangerous iced coffee named the “Asskicker” to its menu. The “Asskicker” contains 5,000 mg of caffeine — the equivalent of 75 espressos, and half a lethal dose of the stimulant. That’s cool and all, but you can’t order iced coffee from the other side of the world over the internet. It would melt, silly.

Black Insomnia, on the other hand, can be ordered on Amazon. All you have to do is click a button, wait for the coffee to arrive at your doorstep, and several days later, you’ll be doing backflips in your underwear. There is, however, one small problem: Just about as soon Black Insomnia became available for purchase in the U.S., it sold out on Amazon.

That’s OK. Be patient; the supply will replenish. In the meantime, you might want to start hydrating, and maybe catch up on sleep. You’re going to need it.