Editor’s Note: This article by Richard Sisk originally appeared on Military.com, the premier source of information for the military and veteran community. Lt.... 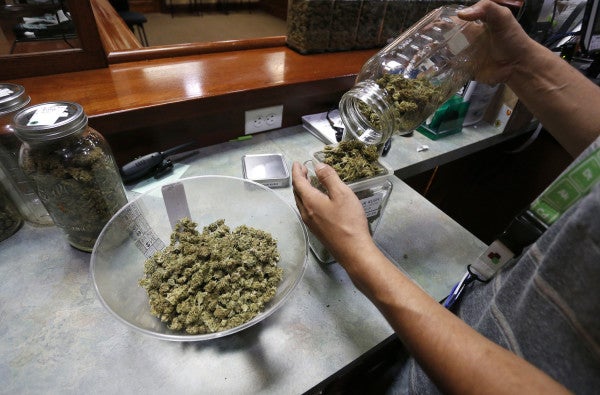 Lt. Gen. Nadja Y. West, the Army Surgeon General, on Thursday was wary of endorsing the first trials approved by the government for using marijuana to treat veterans suffering from post-traumatic stress disorder, or PTSD.

West noted she was an Army officer and the military still considers marijuana an illegal substance despite growing public support for its decriminalization. If service members test positive for marijuana, they can be subject to a “wide range of actions,” she said.

In addition, research has found “that using marijuana has a lot of adverse health effects,” West said at a breakfast with defense reporters.

Marijuana “is more dangerous, with some of the carcinogens that are in it, than tobacco,” West said. “The impact that it has long-term on certain areas of the brain, especially young people developing, that's been proven — irreversible damage to the hippocampus and things like that that can really have impacts on individuals long-term,” she said.

However, the surgeon general, who succeeded Lt. Gen. Patricia Horoho in the position last December, said she would look at the results of the government-approved trials of marijuana for PTSD treatment “so long as it's evidence-based.”

She said some chemical components of marijuana short of a full dose might prove useful in treating PTSD. “I'm for looking at that,” she said. “We're looking at all modalities,” but “I don't know if we need to have the full spectrum of what's in marijuana as it's typically administered — if that's necessary,” she said.

“We should always, at least, have an open mind to look at things in an evidence-based way for something that could be useful for our soldiers,” West said. Currently, the various therapies available in the military have proven to be about 80 percent effective in easing the symptoms of PTSD, she said.

In April, the Drug Enforcement Administration and the Food and Drug Administration, approved the first-ever clinical trials backed by the government of marijuana as a treatment for PTSD in veterans.

The trials were expected to begin next month with combat veteran volunteers at Johns Hopkins University in Baltimore and at the Scottsdale Research Institute in Phoenix.