Veterans who have advocated for greater access to medical marijuana are concerned about decreased access to the drug following Attorney... 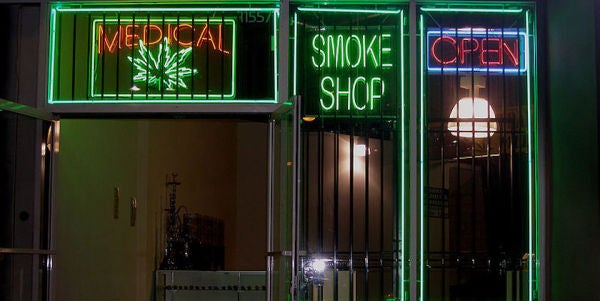 Veterans who have advocated for greater access to medical marijuana are concerned about decreased access to the drug following Attorney General Jeff Sessions’ decision Thursday to rescind policies that took a hands-off approach to enforcing federal laws against marijuana in states where it is legal.

Sessions, who has long-argued marijuana is a gateway to more dangerous drugs, gave discretion to U.S. attorneys to decide how aggressively to enforce federal marijuana laws, which conflict with state and local laws where marijuana is legal. He did away with a guideline signed in 2013 during President Barack Obama’s administration by former Deputy Attorney General James Cole – and known as the Cole memo – that discouraged U.S. attorneys from prosecuting marijuana-related cases in cannabis-friendly states. In a statement, Sessions called the change a “return to the rule of law.”

“If they crack down on medical or recreational programs, it’s going to hurt access. And then you’re going to see an ornery group of veterans,” said Kiernan, who works with the Weed for Warriors Project, an organization that provides access to free cannabis for veterans with the proper paperwork.

On his group’s Facebook page Thursday, Kiernan wrote veterans should “get ready to fight.”

Veterans led the charge in Washington last year on attempts to remove marijuana from the list of Schedule I drugs, which are classified as having no medical use. They argued the Department of Veterans Affairs should allow its doctors to recommend medical marijuana to patients in cannabis-friendly states, and they insisted marijuana was a possible solution to combat the epidemic of opioid overdoses in the United States. Veterans were twice as likely to die from an accidental overdose than civilians in 2014, according to VA data.

Army veteran Boone Cutler, Marine Corps veteran Josh Frey and former NFL lineman Kyle Turley are a few advocates who spoke to lawmakers on Capitol Hill in recent months about their experiences using marijuana as an alternative to opioids.

Some veterans also use cannabis to ease symptoms of post-traumatic stress disorder. The first government-approved study of marijuana’s effects on veterans with PTSD is underway in Phoenix, Ariz. Sue Sisley, the psychiatrist running the study, said Sessions’ decision Thursday was a threat to the marijuana legalization movement.

At a media event in November, Etten, the founder of Veterans Cannabis Project and a retired Navy lieutenant, accused Sessions of prioritizing his personal agenda over patients who use marijuana.

“They’re playing politics with the lives of patients,” Etten said again Thursday. “We have limited access to cannabis as medicine already, and by the Department of Justice saying they’re going to be effective at enforcement, they’re interfering with veterans’ access to medicine.”

According to a poll commissioned by the American Legion in November, 83 percent of veteran households support the federal legalization of medical marijuana and 92 percent are in favor of more research into marijuana as a treatment. The American Legion advocated in 2017 for more research into medical marijuana, motivated in part by comments during the summer from VA Secretary David Shulkin, a physician, who said he was open to learning from any evidence marijuana could be used to treat veterans.

In response to Sessions’ decision Thursday, the Legion said it would continue to lobby for more research and for marijuana to be removed from the list of Schedule I drugs.

Etten, based in Chicago, said he’d continue with plans to travel to Washington every month with other members of the Veterans Cannabis Project to educate lawmakers on how veterans use marijuana as a medical treatment.

The changes announced Thursday make the work more critical, he said, and they could have an upside. Etten believes outrage over repeal of the Cole amendment could pressure Congress to act to end the discrepancies between federal and state marijuana laws.

“It’s on Congress not to kick the can down the road anymore and pass cannabis reform at the federal level,” Etten said. “I always try to see the silver lining, and I hope this puts pressure on Congress to act.”

In December, Congress passed protections for state medical marijuana programs — known as the Rohrabacher-Blumenauer amendment — as part of a stopgap spending bill that prevented a government shutdown. The protections prohibit the Justice Department from using federal funds to stop states from implementing laws allowing marijuana cultivation, distribution and possession. It doesn’t protect states that have adopted programs for the adult-use of recreational marijuana.

The protections were first put in place in December 2014, and they expire when the funding extension ends on Jan. 19.

Rep. Dana Rohrabacher, R-Calif., and Rep. Earl Blumenauer, D-Ore., will be asking for the protections to be included again in another budget deal later this month. With the outcry generated by Sessions’ decision on the Cole memo, they’re hoping for more support in Congress for permanent protections, rather than temporary fixes Congress must approve intermittently. They’re also pushing to expand protections to states with recreational marijuana programs.

On a call between reporters and several members of the cannabis caucus Thursday, Rohrabacher called the situation a “wake-up call.”

“I think because of this offensive move against us, it will mobilize us to win the day,” he said. “This shows we need a comprehensive bill that the federal government will respect all of the decisions of the states when it comes to cannabis.”

Congress is now in a position to “take advantage of these circumstances and make progress,” Blumenauer said.

Kiernan, Rohrabacher and other lawmakers called Sessions’ new guidelines a deviation from what President Donald Trump promised during his campaign.

During three separate interviews in 2015 and 2016, Trump told reporters that decisions to legalize marijuana should be left to the states, according to PolitiFact, a fact-checking site run by the Tampa Bay Times.

Republican Sen. Cory Gardner of Colorado, which has a legal market for recreational marijuana, said Thursday on the Senate floor that Sessions had assured him before his confirmation in February that states’ decisions regarding marijuana would be protected. Gardner threatened to hold up Justice Department nominees if the decision weren’t reversed.

In response to a question Thursday about whether Trump saw marijuana policy as a state or federal issue, White House Press Secretary Sarah Huckabee Sanders said, “Whether it’s marijuana or whether it’s immigration, the president strongly believes that we should enforce federal law.”

“I think there are a lot of veterans out there who today feel betrayed by President Trump,” Kiernan said. “Veterans who are pro-marijuana and pro-Trump. This is no surprise to some of us who’ve thought Sessions was going to do this. For us, it’s ‘We told you this was going to happen.’”

Rohrabacher told reporters that Sessions’ action fell out-of-line with what he thought the president wanted. He said he believes if Trump was pressed on the issue, the president would support efforts to leave the issue to the states.

“What we’ve got to do is hold his feet to the fire,” Rohrabacher said. “We know you promised this. Your Attorney General is taking things in the opposite direction. Are you or are you not going to abide by your campaign pledges? I have every confidence that if we do that, he will support the measures.”

Sessions’ decision on the Cole memo comes less than a month after the VA issued a directive allowing its health care providers to discuss marijuana use with veterans in states where it’s legal – a move the American Legion sees as a positive step toward the federal agency accepting marijuana as a medical treatment.

The directive implies discussing marijuana use with VA doctors could be helpful in creating patient treatment plans. It does not give authority to VA providers to recommend marijuana.

Etten and Kiernan doubted veterans would speak openly to their VA providers about marijuana out of distrust of what the agency would do with the information. VA policy states veterans’ participation in state medical marijuana programs does not affect their eligibility for VA care, but veterans still remain fearful of being classified as marijuana users, Kiernan said.

But Denise Rohan, national commander of the American Legion, said the VA policy change would allow veterans to be more open about their marijuana use without fear of repercussions.

While the VA is taking a “commonsense step,” the Justice Department is moving in the opposite direction, said Rep. Tim Walz, D-Minn., the ranking Democrat of the House Committee on Veterans’ Affairs and the highest-ranking former enlisted soldier to serve in Congress.

Walz and other Democrats on the committee wrote a letter to Shulkin in October urging the VA to initiate research into the efficacy of medical cannabis. They cited the country’s opioid epidemic and the growing demand from veterans who want cannabis available as a treatment for chronic pain and PTSD.

On Thursday, Walz expressed concerns the rollback of the Cole memo and any decreased access to marijuana would facilitate the practice of overprescribing opioids.

“Trump and Attorney General Sessions’ decision will likely have far-reaching and profoundly negative consequences on the lives of veterans who depend on medical cannabis to cope with injuries such as PTSD or chronic pain sustained during service to our country,” he said. “It is disappointing to see that while the VA moves in the right direction, however slowly, AG Sessions is determined to take our country backwards.”