Science: A Dark Sense Of Humor Is A Mark Of Higher Intelligence

In most civilian work environments, an uncanny ability to deliver a solid dick joke at a really inappropriate moment (which... 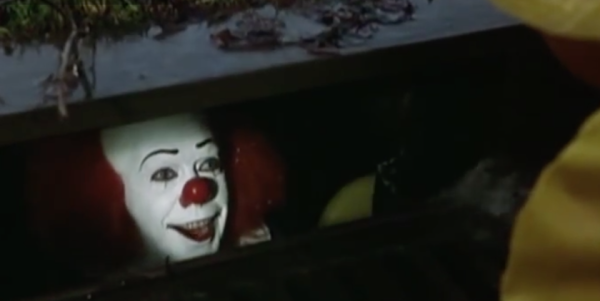 In most civilian work environments, an uncanny ability to deliver a solid dick joke at a really inappropriate moment (which is most moments) would be considered a red flag. In the military, however, it’s simply the mark of a well-adapted service member. And if a recent study published in the peer-reviewed science journal Cognitive Processing is to be believed, it’s also a mark of higher intelligence, too.

The study, conducted by a team of researchers led by Ulrike Willinger at the Medical University of Vienna, involved 156 participants with an average age of 33. According to journalist Christian Jarret of BPS Research Digest, each participant was asked to rate their comprehension and enjoyment of 12 black humor cartoons taken from “The Black Book” by Uli Stein, a German cartoonist. They also completed “basic tests of their verbal and non-verbal IQ and non-verbal IQ and answered questions about their mood, aggressive tendencies and educational background.”

In the paper, dark humor is defined as “a kind of humor that treats sinister subjects like death, disease, deformity, handicap or warfare with bitter amusement and presents such tragic, distressing or morbid topics in humorous terms.” Apparently, Stein’s cartoons are pretty twisted, even by German standards, and were therefore used to gauge whether participants appreciated dark humor, and to what extent. (For verbal descriptions of the cartoons click here.) The researchers then measured the participants’ reactions to the cartoons against their scores on the basic tests. What they found will amaze you. Or maybe not amaze you, but, you know, make you say, “Oh, cool, that’s pretty interesting.”

As Jarret notes in his article, comprehending a joke requires a certain amount of mental agility. So the fact that participants who understood the cartoons were found to be more intelligent than those who didn’t is not all that surprising. The real revelation is this: Participants who scored highest on both the verbal and nonverbal IQ tests not only understood the jokes, they found them funny. Also remarkable is the researchers’ discovery that those same participants, the ones who comprehended and enjoyed the cartoons, also registered as being generally less aggressive, more calm, and more positive in their moods. In other words, smart, happy people are more likely to appreciate sick, twisted jokes.

Meanwhile, at the other end of the spectrum, those who, as Jarret writes, demonstrated “the lowest sick joke enjoyment” also had average intelligence scores, as well as the most negative moods and highest levels of aggressions. That brooding hard-ass who never laughs when Spc. Rogers pulls down his pants and shows everyone “the goat,” or who shakes his head in disappointment every time Sgt. Scruggs begins whispering all of his favorite dead baby jokes in formation? Turns out he might not be as “above it all” as he’d like everyone to believe. He’s just not that smart. And he’s also too miserable or wound up to recognize the joke for what is — not a personal affront or something to be taken seriously, but rather, as the study’s authors write, a piece of “playful fiction.”

Of course, this is just one study, and, as with anything, there are certainly exceptions. But for guys and gals who can find humor even in the most dramatic circumstances — who often find themselves cracking a smile at the most inappropriate times — the study’s findings contain a reassuring message: You’re not a freak. Well, actually, you are. But you’re also a healthy, positive, and brilliant human being. Just be sure to tell that your boss next time he or she catches you giggling uncontrollably while watching that YouTube video of Richard Spencer getting punched in the face on repeat.