The Suicide Rate Among Female Veterans Is On The Rise, And Experts Have No Idea Why 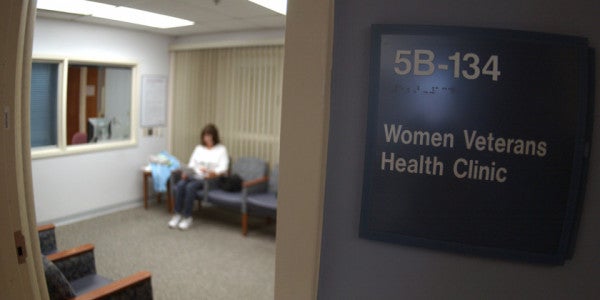 “We can’t ask deceased people about what factors might have led up to the completion of suicide,” Lindsay Ayer, who studies military suicide at the RAND Corporation, told NPR.

Since 2001, the rate of suicide among male veterans has jumped by 11% for those who use VA services, and 35% for those who don’t, according to the Department of Veterans Affairs.

Twenty American veterans take their own lives every day, and veterans in general are 21% more likely to kill themselves than civilians. But when you remove men from the equation, the numbers show female veterans have a suicide rate between two and five times higher than women who never served.

As part of its effort to make better sense of the staggering discrepancy between male and female veteran suicide rates, the RAND Corporation has begun conducting research at one of the two call centers for the VA’s Veterans Crisis Line.

The hope is that the hundreds of operators who work at the call centers and frequently speak with veterans contemplating suicide may be able to provide deeper insight into the problem.

Based on interviews with several operators, NPR found that female veterans often wrestle with the same issues as their male counterparts. But the operators were also able to highlight some common threads among female veterans specifically, namely sexual abuse.

“Talking about military sexual trauma, females often do not report it because then they’re looked at as, oh, you are the barracks whore or no one’s going to believe you or it’ll get investigated and you still get in trouble,” Letrice Titus, an Army veteran who works at the call center, told NPR.

Another operator, Danielle Simpson, recounted a conversation she had with a female veteran who had seen combat in Afghanistan. “She was really dealing with a lot of PTSD, and then coming home and being expected to be this soft, caring, warm mother and wife that she was expected to be in civilian life,” Simpson said. “She was really struggling with that transition.”

Military experience even seems to influence the preferred method of suicide, according to NPR. While civilian women tend to overdose on pills, female veterans are 33% more likely to use a gun. That percentage has also grown in the past decade, according to the VA.

“Women in the military, they are trained just like the men are to use guns, how to use them properly,” Kelly Lannon, a crisis line operator, told NPR. “I think that they’re less scared of guns than maybe a civilian would be because they have such a significant experience with it.”