Mild traumatic brain injury may sound like an oxymoron, along the lines of “jumbo shrimp” or “random order.” But a... 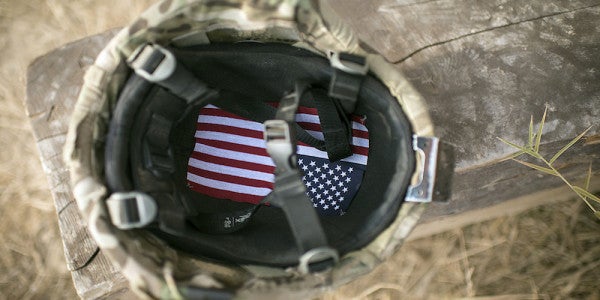 Mild traumatic brain injury may sound like an oxymoron, along the lines of “jumbo shrimp” or “random order.” But a new study shows that mild TBIs can have serious consequences for military veterans by raising their risk of dementia.

Researchers who examined the medical records of more than 350,000 Americans who served during the wars in Iraq and Afghanistan found that men and women who experienced at least one mild TBI were more than twice as likely as their uninjured peers to develop dementia after they retired from the military.

The finding was published Monday in the journal JAMA Neurology.

Experts already knew that moderate and severe traumatic brain injuries were linked with an increased risk of dementia and Alzheimer’s disease, as well as an earlier onset of these conditions. But whether mild TBIs pose risks as well has been unclear.

But the question is important because 15 percent to 20 percent of veterans who participated in Operation Enduring Freedom and Operation Iraqi Freedom had at least one mild TBI, typically through exposure to a shock wave that follows an explosion. Suffering multiple mild TBIs was not uncommon.

A team led by Deborah Barnes, a researcher with the San Francisco Veterans Affairs Health Care System and the University of California at San Francisco, hoped to gain some insight by casting a very wide net.

The team members scoured two large government databases to identify every patient treated by the Veterans Health Administration who was diagnosed with any kind of TBI during a 13-year period between 2001 and 2014. They found 178,779 such patients.

For 10 percent of these veterans, the most severe instance of traumatic brain injury was a mild TBI without any loss of consciousness. Another 13 percent had a mild TBI that did cause them to lose consciousness for no more than 30 minutes. In addition, nearly 31 percent of the veterans were diagnosed with mild TBI, but their medical records did not say whether they had lost consciousness as a result.

The remaining 46 percent of veterans had a TBI that was classified as moderate or severe.

All of these patients were matched with another veteran who was treated by the VHA but did not have a TBI. These 178,779 patients served as controls.

In the control group, 2.6 percent of veterans went on to be diagnosed with dementia. So were 6.1 percent of the veterans with a history of TBI.

The more serious a veteran’s brain injury, the greater the risk that he or she would subsequently develop dementia.

After accounting for factors like age, medical history and psychiatric conditions that could affect the results, the researchers found that those who experienced a mild TBI without losing consciousness were 2.36 times more likely to develop dementia during the study period than those in the control group.

Barnes and her team also calculated that veterans with moderate or severe TBI were nearly four times more likely than their uninjured peers to develop dementia during the study period. That was consistent with previous studies, they wrote.

It’s not entirely clear why the damage caused by a traumatic brain injury would make someone more susceptible to dementia, the study authors noted. Perhaps the inflammation and loss of white matter that follow a TBI create a more fertile environment for the amyloid beta plaques and neurofibrillary tangles associated with dementia, they wrote.

The researchers cautioned that their findings might not apply to the public at large, since their study was based solely on military veterans who had served since 2001. Even so, they wrote, the results strengthen the case that mild TBIs can have serious consequences.

A pair of neurologists agreed in an editorial that accompanied the study.

“This study provides the best information to date that military veterans are at risk for dementia as a consequence of injuries sustained during their service to the United States,” wrote Dr. Kimbra Kenney of the U.S. Uniformed Services University and Dr. Ramon Diaz-Arrastia of the University of Pennsylvania’s Traumatic Brain Injury Clinical Research Center.