This Green Beret lost his leg in combat. Then he became an elite sniper

"I don't know people on the planet have the kind of resilience he does." 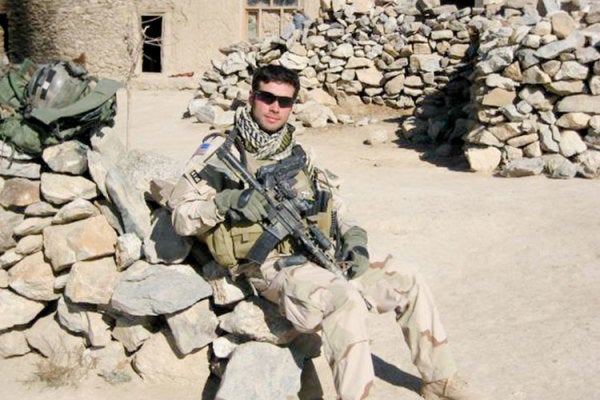 On a Sunday a little over 12 years ago, on a battlefield far from home, US Army Green Beret Staff Sgt. John Wayne Walding, then in his mid-20s, suddenly found himself in an intense firefight that changed his life forever.

The mission was to capture or kill a local terrorist leader holed up in a mountain fortress occupied by Hezb-e-Islami Gulbuddin forces in eastern Afghanistan.

The plan was to insert US Special Forces soldiers and Afghan commandos into a valley below by helicopter and take the enemy by surprise. Once they were on the ground, the joint force was expected to climb into the mountains on foot, infiltrate the town, neutralize the hostiles, and get out.

Some of the troops called to execute the mission questioned whether it was too risky. Their concerns were brushed aside, and the mission moved forward as planned. A fellow Green Beret who went with Walding on the mission told Insider it was “cursed” from the start.

This is the story of not just that fateful mission, but Walding's refusal to give up after tragedy struck.

'A very long day at the office'

“We couldn't even land, the terrain was so f—ing bad,” Walding's friend and fellow Green Beret, former Staff Sgt. Ryan Wallen, recalled. “Our helicopter just kind of hovered about 10 feet up over a freezing cold river and gigantic rocks, and we had to jump out of the back. This was already a rough start.”

Their situation quickly got worse. As the lead element made its way toward the objective, the mountains suddenly erupted with gunfire. A large force of several hundred enemies ambushed the American and Afghan troops, upending the mission and turning it into a terrifying fight for survival.

“Gunfire just opened up on us,” Wallen said. He was positioned down by the river near the base of the mountain when the bullets started to fly.

“I took a [rocket-propelled grenade] and kind of got blown out,” Wallen continued. “I was laying half in the water, bleeding out of my throat and chest, beaten up a little bit. The overpressure kind of f—ed me up.”

Nothing vital had been damaged in the blast, so the team's medic, Staff Sgt. Ron Shurer, was able to get him patched up and back in the fight. Farther up the mountain, the lead element was pinned down and taking heavy fire.

An Afghan interpreter had been killed, and two US soldiers, Staff Sgt. Dillon Behr and Staff Sgt. Luis Morales, were severely wounded. Supporting, Walding moved into position between them and the incoming fire. “That's when I got shot,” he said.

An enemy sniper shot Walding in the leg, nearly tearing it from his body. “It was hanging on by like a tendon or two,” Wallen said. “I've never seen an injury that looked that bad.”

“I never will forget falling forward and then rolling over to see that leg just hanging there by only about an inch of flesh,” Walding recalled. “It was the worst pain I've ever felt in my life.”

Walding was not done fighting though. After putting a tourniquet in place to stop the bleeding, he used his boot laces to strap the bottom part of his leg to his thigh, picked up his rifle, and got back to it.

Most of the US Special Forces team suffered wounds of one kind or another, but “as f—ed up as everybody was, we didn't have time for anybody to lay there bleeding and dying,” Wallen said.

American planes were called into conduct dozens of danger-close airstrikes with large bombs that Walding said blacked out the sun with debris.

Unable to move forward with their mission, the US and Afghan troops fought fiercely for hours just to stay alive until they could be pulled out.

Wallen and a few others helped get Walding down the mountain and to the evacuation point. “As the medevac birds were coming in, we were dragging casualties across the river, and it was freezing,” he said.

They tried a couple of times to get Walding on a helicopter but were unsuccessful, as the helos were either full or taking rounds, and each time they failed, they had to carry him back across the river to a safe position shielded from the gunfire.

“Finally, a third bird came in, and we took JW back across the river a fifth time,” Wallen said. “We were finally able to get him on that bird, but we ended up giving John hypothermia along with all of his damn injuries. It was like bad things kept stacking up.”

All of the US troops that went into Shok Valley made it out alive. Some of the Afghans, however, did not. Although they were unable to complete the mission, the US and Afghan forces left behind hundreds of enemy dead.

Ten members of Walding's team, himself included, would later be awarded the Silver Star. Not since Vietnam had that many Silver Stars been awarded for a single engagement. And, two of the soldiers who were in Shok Valley later received the Medal of Honor for their courage under fire.

The immediate aftermath was no celebration though. Walding, who had hoped that his leg could be saved, went into surgery. “I never will forget waking up the next day,” he recalled. He said he was afraid to look down. When he finally did, he cried.

'A leg was not going to stop me'

John Wayne Walding was born on the Fourth of July in Texas. His father named him after the famous actor who starred in classic Westerns and war movies because, in his words, if “you have a cool birthday, you need a cool name.”

But while Walding was named after the man who directed and starred in the 1968 film “The Green Berets,” he never thought much about the military until he was about 20 years old and realized he needed a real job.

Walding talked to a recruiter who asked him if he wanted to shoot missiles. He said “Hell yeah” and joined the Army as a Patriot missile operator.

He found his true calling after he joined up though. “As soon as I saw the Green Berets and what the tip of the spear really is, that really got my gears spinning,” he told Insider.

Related: Incredible Details Emerge About A British Sniper Who Killed 6 Insurgents With One Bullet

Wallen met Walding when the latter joined his team as a Green Beret, and they quickly became good friends.

“It was one of those connections that, just right away, we just kind of hit it off,” Wallen said. “We developed a really strong bond, and then it was just solidified when we were baptized in blood together.”

Wallen said he was one of the first people to see Walding when he came out of surgery after being wounded in Shok Valley.

Walding had been torn apart in battle, something not easily overcome, something that some never overcome, but he determined he was not done being an elite soldier. “Donning that Green Beret was one of the most profound moments of my life, and a leg was not going to stop me from doing that,” he told Insider.

Being a Green Beret meant being a part of something special, something meaningful that's bigger than any one person. Reflecting on the events that unfolded in Shok Valley, Walding said, “We didn't get through that day because I was great or any of our guys. It was because we were willing to fight to the death to keep each other alive.”

“You don't just wake up the day after all of that and say, 'Well, I guess I'll hang up the hat.'”

'You do it because you love it'

Walding said that he tries to live his life in such a way that he is not simply good, but great. Following his recovery, he decided to become a Special Forces sniper.

Just two years after he sustained a life-altering injury, Walding began the intense seven-week Special Forces Sniper Course at the John F. Kennedy Special Warfare Center and School at Fort Bragg, North Carolina equipped with a ruggedized prosthetic and a determination to excel against all odds.

“Why did I keep going? Because I loved it,” Walding said.

“You don't do what I did because you like it. You do it because you love it,” he continued. “To become a Green Beret, there's a lot of people that quit because they just liked it. They liked the idea of being one, but that's not how I live.”

Snipers are essential assets who provide battlefield intelligence and long-range precision fires, and the training is challenging across the military.

Related: The US military is losing the sniper war against Russia

For the Special Forces, sniper training can be even more demanding. Through shooting and marksmanship sessions, gun runs, stalking, fast rope training, and climbing exercises, Walding held his own despite his prosthetic. “I never finished last,” he said.

Walding made history in the summer of 2010 by becoming the first amputee to graduate from the elite special warfare sniper course.

“His story is incredible,” Wallen said. “I don't know that many people on the planet have the kind of resilience he does.” That's not to say that there weren't bad days, but when times got tough, it was his faith, family and friends, and love of country that got him through.

Walding wanted to return to his team and operational status, but he ultimately decided against it, opting instead to stay on as an instructor.

“I knew that no matter how good I was with one leg, a Green Beret with two was always going to be better,” Walding told Insider, explaining that he would never want to be in a scenario where one of his brothers or sisters was injured or killed because of him. “I wouldn't be able to live with myself,” he said.

'Forever remember the cost of freedom'

After serving 12 years in the military, Walding retired in 2013 as a Sergeant First Class. He now lives in Texas with his wife and four kids.

As a civilian, Walding continues to serve.

He started Gallantry Global Logistics, a company named after the words on the back of his Silver Star, which reads “for gallantry in action.” He hopes to see it become the largest veteran employer in Texas. He is also the co-founder of Live to Give, a water bottle company that donates half of all profits to veteran and first responder charities.

Walding named his shipping company after his Silver Star, but the Purple Heart he was awarded for the injuries he suffered in Afghanistan has tremendous meaning too.

“I wear that Purple Heart figuratively every day,” Walding said. “Every single day, I wake up and I see my leg is missing. I will forever remember the cost of freedom. It really is a driving factor for me to not be good, but be great.”