Miller charged into the rebel flank, a move that ultimately helped the Union Army win the battle. 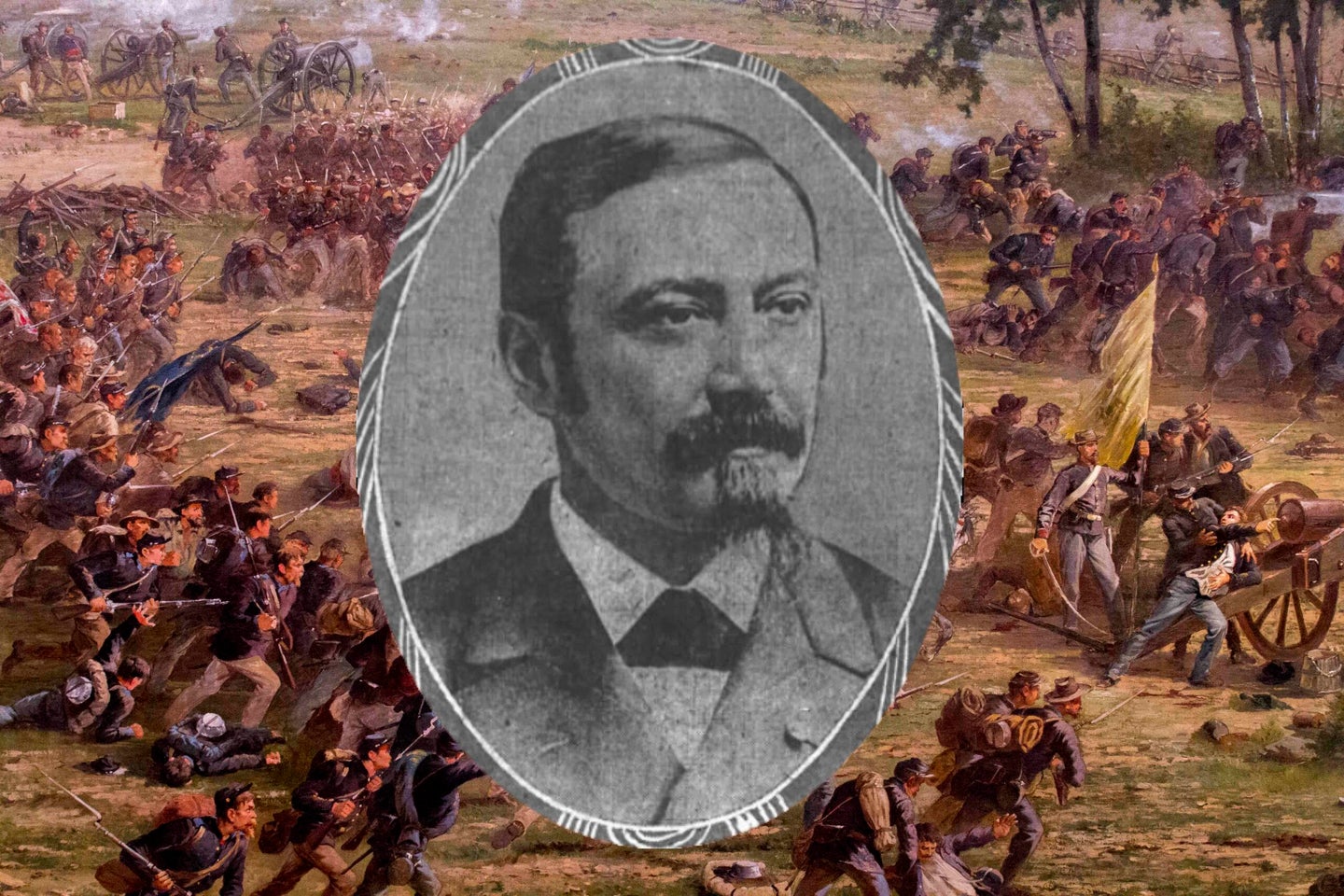 William E. Miller had a distinguished career as a soldier long before he earned the Medal of Honor for defying the orders of a superior officer during the third day of the Battle of Gettysburg.

Born Feb. 5, 1836, the oldest child of Andrew and Eleanor Umberger Miller, he grew up on a farm along the Newville Road in West Pennsboro Township.

As a teenager, William Miller took over managing the farm from his invalid father. This left him with little time for anything more than a basic education. At age 16, he enlisted in a company of horsemen called the Big Spring Adamantine Guard.

For nine years, Miller juggled his time between operating the family enterprise and attending weekly cavalry drills with his militia unit. On Oct. 23, 1856, he married Elizabeth Ann Hocker, his childhood sweetheart, and together they had daughters Caroline and Lizzie. Tragically, Miller lost both his wife and daughter Lizzie to illness.

When the Civil War began, the Adamantine Guard joined the Union Army and became Company H of the Third Pennsylvania Volunteer Cavalry Regiment. His long service with the militia earned Miller the rank of lieutenant, but he was just getting started.

On Sept. 16, 1862, Miller helped to lead the Union I Corps across Antietam Creek in preparation for battle the next day – the single bloodiest day in American history. Four thousand Union and Confederate soldiers were killed in action on Sept. 17, 1862 and about 19,000 were wounded. Late in the afternoon, Miller led a unit that defended a key artillery position, preventing it from being overrun by the Confederates.

Related: 152 Years Later, The VA Is Still Paying Out A Pension From The Civil War

Gallantry during the Battle of Antietam earned Miller the rank of captain and command of Company H. On July 3, 1863, Miller was in charge of 80 cavalrymen occupying a patch of woods just over two miles southeast of Gettysburg. His regiment was among the units guarding the extreme right flank of the Union Army of the Potomac.

Though Miller had orders to hold ground and stay concealed, he saw an opportunity to disrupt a Confederate cavalry attack on the Union line. Miller ordered his men to charge into the flank of the rebel force. This bold move set in motion a chain of events that ultimately foiled the attack and helped the Union Army to win the battle.

On Aug. 24, 1864, Miller left the Union Army after completing his enlistment. He participated in 37 engagements during the war. Miller returned to Cumberland County, moved to Carlisle, remarried and operated a hardware store on North Hanover Street from 1868 to 1898. A well-known Democrat, Miller was active in politics. He was elected chief burgess of Carlisle and became a state senator representing Cumberland and Adams counties. In May 1919, he suffered a stroke and died five months later.