Retired Air Force Col. Edwin Aldrin, commonly known as “Buzz,” is a national treasure. Half a century ago, the former... 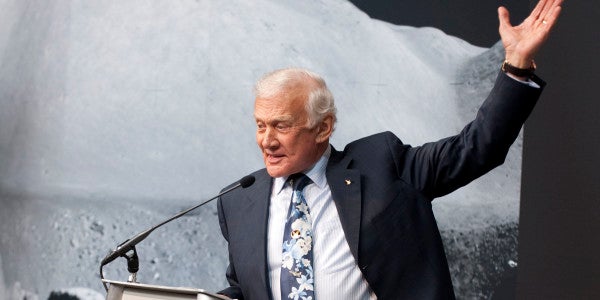 Retired Air Force Col. Edwin Aldrin, commonly known as “Buzz,” is a national treasure. Half a century ago, the former fighter pilot from the Korean War became the second person to walk on the face of the moon during the Apollo 11 mission.

Aldrin just tweeted his government travel reimbursement voucher from the mission, dated 47 years ago today. Anyone who has ever traveled on government business is intimately familiar with the process. If you spend your own money doing the government’s work, you can bill the government to reimburse you.

In Aldrin’s case, doing the work of landing on the moon cost him $33.31 of his own money, entirely money associated with gas money and parking fees for his personal vehicle during the 20-day mission.

I hope Aldrin got his 33 bucks back.

47 years ago I submitted my travel voucher reimbursement for my trip to the moon. #Apollo11 pic.twitter.com/DHAXEYVTHi