How The Rangers Became The Badass Fighting Force They Are Today

June 19, 1942, is not a familiar date to most. But members of the Army’s elite 75th Ranger Regiment know … Continued 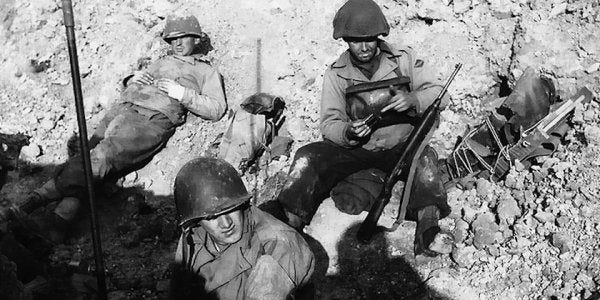 June 19, 1942, is not a familiar date to most. But members of the Army’s elite 75th Ranger Regiment know it well; it’s the date of activation of the 1st Ranger Battalion, under the command of Lt. Col. William Darby. Colloquially known as “Darby’s Rangers,” 1st Battalion and several subsequent Ranger battalions formed during World War II represented the genesis of the modern Ranger role of performing large-scale objective raids and direct-action missions.

The 1st Ranger Battalion was created in order to address a daunting problem faced in 1942 by Army Chief of Staff Gen. George Marshall: The American troops fighting in Europe had no combat experience. Marshall needed a force extender — a method to gain combat experience early in the war and disseminate that expertise to other units.

He looked to the British for inspiration; they had developed the legendary Commando units, designed to strike back early in the war and gather intelligence on German forces. The American equivalent would have a similar mission, but would not be a permanent formation.

Related: Ranger Veterans Should Step Out Of The Shadows »

As author Ross Hall relates in his comprehensive history of the Rangers, “The Ranger Book,” this was done to “mollify stubborn commanders when they figured they would get their soldiers back with a lot more education.” Darby was selected to head this new special unit named after a particularly elite group of soldiers from the early day of the American colonies: Rangers. On June 19, 1942, the 1st Ranger Battalion was activated.

As Darby’s Rangers trained with Commando teachers in Scotland, separate Ranger training facilities were being established back in the United States. Aside from a few Rangers who participated in the Dieppe raid in August 1942, as detailed by James DeFelice, Darby’s 1st Ranger Battalion would not face its first action until North Africa.

The Ranger involvement in Operation Torch, the Allied invasion of the North African coast, provided the first indication that American military commanders did not fully understand or grasp the capabilities that Darby’s unit provided. After the Torch landings, no suitable Ranger missions presented themselves. As Hall explains, American commanders had little clue on how to employ the new unit. “In fact, the whole concept of raiding Rangers, a quick-strike force without heavy weapons, was so new that most of the field commanders had little knowledge of how to use them properly. In many cases they were fed into the mill, and did so well they kept being sent back,” Hall writes. The beginning of this meat-grinder mentality foreshadowed eventual tragedy.

The Allied advance on Tunisia would finally give the Rangers a raid objective: Sened Station, guarded by elite elements of the Italian army. According to Darby’s own account — which he shared with West Point classmate William Baumer for a book eventually published in 1980 — the raid’s objective was to gather intelligence, shake up the Italian forces, and convince the Germans and Italians a much larger force was operating in the area. The hope was that the Germans troops would divert their reserve forces away from the Allies’ planned advance. Inserted by trucks, the 500 Rangers marched 12 miles to the station and spent the day observing Italian movements until they began their night attack. Rangers advanced in a skirmish line and infiltrated within 200 yards of enemy positions until they were compromised. They then swept through the camp while mortar teams blasted the rear of the Italian elements, killing at least 75 while only suffering one killed and 20 wounded, according to Hall. The Sened Station raid was a textbook demonstration of Ranger capabilities.

After Sened, the Rangers participated in a few more operations as rearguards or supporting elements, then moved back to train in Algeria, with the newly formed 3rd and 4th Ranger Battalions (the 2nd and 5th Ranger Battalions were being stood up separately in training camps back in the United States). These new battalions, as well as the original, would help lead the way in the Sicily landings. First, 3rd and 4th Battalions all operated essentially as elite infantry in the Sicily campaign. According to Hall, many commanders simply continue to send to Rangers into regular infantry roles because they were generally successful: “The ability for Rangers to fight well under any circumstances made it easy for commanders to use them at the front, especially since seasoned troops were getting hard to come by. The Rangers were too good to be left idle.” The Ranger battalions operated under conventional infantry commands, continuing the trend of Rangers being used contrary to their original purpose as an independent raid force. This would have tragic consequences as Darby’s Rangers moved on to Italy.

In 1944, after the Anzio landings on the Italian coast, the 1st and 3rd battalions, with support from the 4th, were tasked with taking the town of Cisterna, a few miles from Allied lines. The town was supposed to be only moderately defended. That intelligence was wrong; Cisterna was actually an assembly area for the German line, with dug-in defenders including elements of the vaunted Hermann Göring division. Hall describes the German force in Cisterna as “men with plenty of experience and plenty of ammunition.” The 1st and 3rd tried to fight through the city, but they had little chance against what was later estimated to a 12,000-strong enemy force. The 4th attempted a rescue, but could not break through. Of the 767 Rangers in the 1st and 3rd battalions, only six came back; the rest were killed or captured. Most of the original Darby's Rangers were finished.

The Cisterna debacle is emblematic of the problems faced by the Rangers and other special operations units during the war. There was no command to delineate these units to missions and objective that took advantage of their capabilities. The conventional headquarters that oversaw them did not understood the role of special operations, and simply treated them as an infantry unit with a higher level of training. The disaster at Cisterna was simply the culmination of this pattern of misuse, reinforced by the Rangers’ previous successes in battle. The surviving 4th Ranger Battalion was attached to the 504th Parachute Infantry Regiment along the stalled front in Italy, where they held the line against German probing attacks. As Hall notes, the Rangers blunted these attacks with minimal losses: “Supposed to be ‘in reserve’ and ‘on the line’ simultaneously, the Rangers held for 52 days against heavy attacks with a loss of just eight men. During the same time, the Paratroopers were often losing a like amount— per day.”

While Darby’s Rangers were fighting in the Mediterranean, three more Ranger battalions were being formed and training back in the United States. The 2nd and 5th Ranger battalions were tasked with supporting the Normandy landings; mixed elements of the 2nd and 5th landed at Omaha beach (where the famous Ranger motto, “Rangers Lead the Way,” was born), while the rest of the 2nd landed at the sheer cliffs of nearby Pointe du Hoc. The 2nd’s task was to destroy several 155mm coastal guns that threatened the landings at Omaha. The Pointe mission was a clear Ranger mission; the forbidding cliff face required their specialized training in order to scale the Pointe and destroy the guns. Upon the landing, the Rangers of 2nd Battalion discovered that the guns were gone, wooden dummies in their place. Despite this setback, they were able to locate the guns nearby and destroy them. Pointe du Hoc remains the one of most iconic European theater battles of the war, immortalized in films like “Saving Private Ryan” and videogames like “Call of Duty.”

Other Ranger units would be stood up to fight in the Pacific; the 6th Ranger Battalion conducted the famous POW rescue at Cabanatuan in the Philippines. But it was Darby’s Rangers, the 1st Ranger Battalion, who created the model for an independent, direct-action unit. While the 75th Ranger Regiment would not become a unit until 1986, there were Ranger-style units in both Korea and Vietnam, and in 1974, the 1st, 2nd, and 3rd Ranger battalions were reconstituted.

While the mission of the modern Ranger has evolved in scope and technology, the spirit is the same: When there’s a objective raid to be done, Rangers lead the way.