Josef Mencik: The last knight who stood against the Nazis 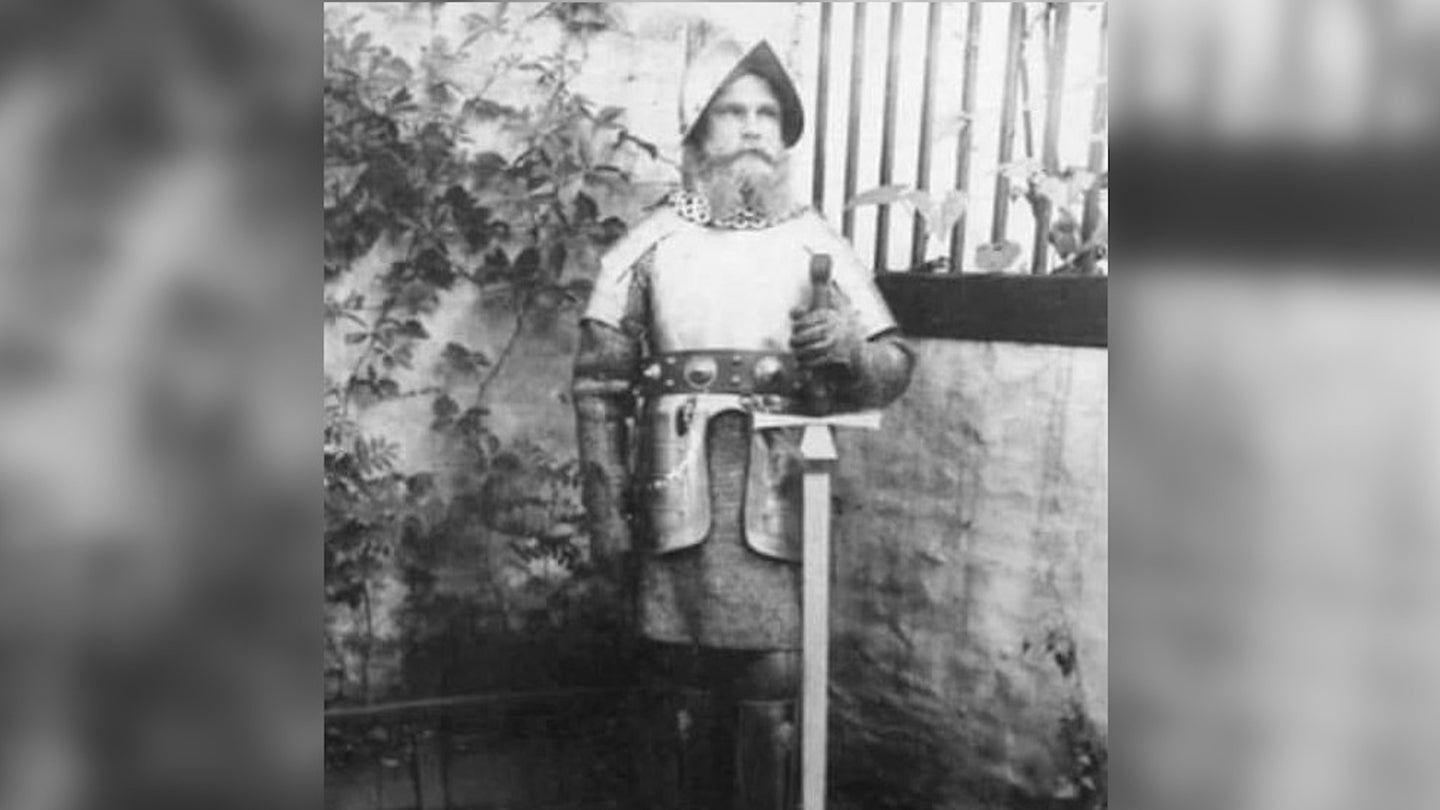 World War II was such an utterly massive conflict that it really is amazing how many great stories rarely get their due. When you have a war that big and involving so many millions of people, you have millions of stories. Some are heroic, others tragic, and some are even slightly humorous and out of this world. It’s in the last category that we find a man named Josef Mencik, the Last Knight.

The last knight makes his stand

The story of Josef Mencik before the war is fairly fascinating. However, it’s his actions during the war that more or less immortalized him in history. In 1938 Nazi Germany invaded Czechoslovakia to seize Sudetenland. It justified this early act of aggression by claiming that Czechoslovakia was murdering the Sudeten Germans.

As the German armored column moved across the border to Czechoslovakia it expected to meet little resistance. But someone was waiting for them: it wasn’t a matching armored column but a man on horseback, in full medieval armor, carrying a sword and halberd. This created confused the Germans and caused them to pause momentarily. The man was Josef Mencik.

A quick burst from a machine gun or shot from a rifle would’ve removed the man, but the Germans didn’t harm him. Instead, they continued forward. The story has it that they tapped their heads and assumed he was crazy. (In all fairness, if you’re dressed as a medieval knight and stood up to an armored column, you can’t be all there.)

Mencik dodged the column and it moved on. Just because his country would capitulate to Germany doesn’t mean he had to. Sadly, one man on horseback couldn’t stop the Nazis, but he certainly showed up for a cause he felt was righteous.

Was the man completely crazy or massively courageous? A modern Don Quixote?

The fascinating life of Josef Mencik

How does one become a knight on horseback opposing the Nazi war machine? Well, sometimes you just stumble into things. Josef Mencik was descended from a small noble family dating back to the Holy Roman Empire. In 1911 he purchased a castle called Dobrs, which dates back to the 14th century.

Dobrs castle had been hit heavily by storms, and a fire had destroyed a great deal of it just before when Josef Mencik purchased it. Mencik loved history and he began to restore the building back to its former glory.

Over time he began gathering antiques and curiosities to display. He and his family lived without modern conveniences like electricity and used torches and candles for lights. He reportedly lived life as a chivalrous man and, while odd, was embraced by his community.

His castle acted as a living museum for the town’s children, and he was an expert on Bohemian history and happily educated those who were curious about the matter. He exemplified living history and was seemingly part educator and part performer. But as it turned out, his performance didn’t end when the class ended.

Was he a Don Quixote?

Josef Mencik is often called the Czech Don Quixote, but I don’t think that is a fair comparison. Quixote believed his stories and ridiculousness. Mencik seemed to be fully aware that he wasn’t really a knight. I think Josef wanted to be a knight and exemplify the characteristics of one, so when invaders stormed his country, he saw an opportunity to do so.

I doubt he believed he could stop the Germans, but I think he did it because it was the knightly thing to do. He never profited off his life as the last knight. After WWII, his castle was nationalized by the communist government, and he died two days later in his son’s home in 1945.

Josef Mencik, the last knight, seemingly lived the life he wanted to and can certainly be a testament to living your dream.