‘I was one of the lucky ones’ — Marine veterans recall one of the deadliest battles of the Korean War, 69 years later

"I would have bled to death (when I was shot). I had my arteries cut, but the blood froze it. (That's why) I made it off the hill" 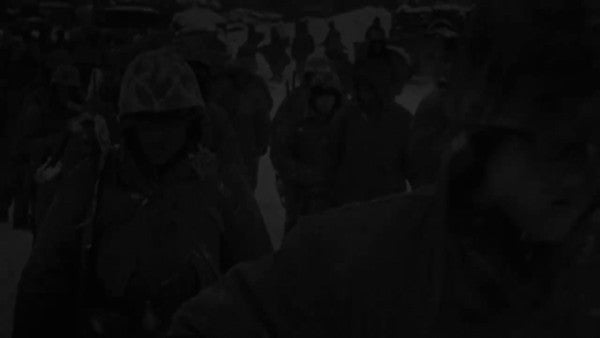 For Milton Walker and Henry Schafer, the piercing cold and sound of war that surrounded them remains as clear as if it were yesterday. Returning to the country where they had fought after decades, the two American veterans of the Korean War recalled their experience Friday.

“We were surrounded when we were attacked in midnight, and I was hit,” Schafer told The Korea Herald in a joint interview in Seoul.

“I was shot four times, on my arms and in the back. The first three bullets hit me and knocked me down. Some guy grabbed me and slipped me down the hill,” he recalled.

The war veteran, who lost one arm and a leg, underwent several operations and three amputations. He retired from his service in October 1951.

“I went home, went to school and made a life. I was one of the lucky ones,” he said.

The two war veterans, now in their 80s, made the trip to Korea along with some 75 other veterans and their families from the US and Turkey as part of the Revisit Korea Program organized by the Ministry of Patriots and Veterans Affairs.

Schafer was a sergeant and Walker a corporal in the U.S. Marine Corps when they were sent to fight in the 1950-53 Korean War. While they entered the war on different dates, the two fought at the Battle of Chosin Reservoir, which has been recorded as one of the deadliest combats that resulted in the largest number of casualties for U.S. troops in the war.

About 30,000 UN troops fought against Chinese and North Korean communist forces of 120,000 in the region in South Hamgyong Province in North Korea in November and December 1950.

According to the Veterans Affairs Ministry, about 4,500 Marines died in the one battle alone, and 7,500 suffered frostbite.

Severely outnumbered, it was more difficult to retreat down the mountain than to go up, Walker explained. Chinese soldiers had destroyed the bridges and roads were blocked on the side of the mountain.

The cold weather was one of the worst parts of the battle, he recalled.

“We were running out of supplies, ammunition, food, fuel and medical aid. And the temperature was not cooperating. It was below 35 to 40 degrees (Fahrenheit; 2-4 degrees Celsius),” Walker said.

Schafer lost his leg and half of his other foot to frostbite. But the piercing cold also saved him, he said.

“I would have bled to death (when I was shot). I had my arteries cut, but the blood froze it. (That's why) I made it off the hill,” Schafer explained.

Frostbite casualties of the embattled 1st Marine Division and 7th Infantry Division during the Battle of Chosin Reservoir in North Korea circa December 1950(U.S. National Archives and Records Administration photoo)

Walker, who drove a jeep carrying communication equipment, recalled an episode where miscommunication in the field led to Tootsie Roll chocolate candies being airdropped on them when they had sought more ammunition.

“And that (the Tootsie Rolls) was what most of us survived on for food for the three weeks,” he added.

When the war veterans returned home, the war was little talked about, Schafer said. Amid economic troubles, the Korean War refueled the U.S. economy.

“They didn't want to talk about the war (when we came back to the US), and that's why it is called the 'Forgotten War,'” Schafer said.

“I'd like to say how much I appreciate how you people treat us, and how you value the service we did.”