Joe Ohno graduated from high school in 1943, behind the barbed-wire fencing of an Idaho internment camp for Japanese-Americans. The next day, he joined the very same Army that put him there 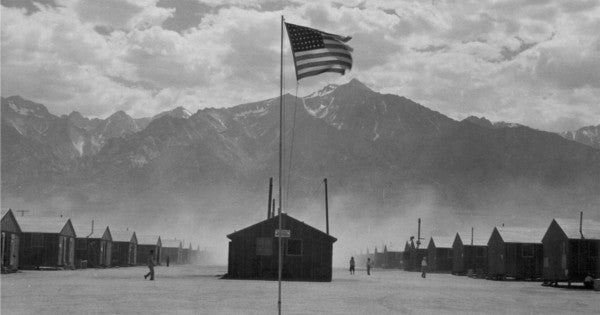 Joe Ohno graduated from high school in 1943, behind the barbed-wire fencing of an Idaho internment camp for Japanese-Americans.

The next day, he joined the very same Army that put him there.

Maj. Gen. Charles Willoughby, who then served as head of military intelligence, estimated the work done by the school's 6,000 graduates shortened the war in the Pacific by two years and saved a million American lives.

“At a time when their families were in concentration camps, this was a way to prove that they were as American as anybody else,” said Matt Cassady, who oversees program development at Fort Snelling.

But for Ohno, who died in 2002, enrolling in MISLS meant freedom, said his sister, Sally Sudo, who now lives in Bloomington.

“It was not so much out of patriotism,” Sudo said. “He knew it was a way out of the camp.”

Birth of the program

By the time Japanese airplanes bombed Pearl Harbor on Dec. 7, 1941, the Military Intelligence Service Language School had been operating for more than a month in a converted airplane hangar at the Presidio in San Francisco, according to a short history in the MISLS yearbook.

A handful of prescient U.S. Army officers who had served in Japan noted the strained relations between the two countries and recognized the need for such a program.

The school's first 60 students were recruited from the ranks of existing military personnel. Nearly all were Japanese-Americans.

The attack on Pearl Harbor not only imbued the students with a new sense of purpose, but also set off a wave of anti-Japanese sentiment on the West Coast.

By the time MISLS held its first graduation ceremony in spring 1942, it was clear to the school's leadership that it would have to be moved to a different part of the country.

“There were a good many members of the general public in California at the time who were enormously antagonistic to all persons of Japanese ancestry, even those in the uniform of the United States Military Service,” MISLS director John Aiso wrote in 1975.

Rasmussen later said Minnesota “not only had room physically but also had room in the people's hearts.”

While MISLS was orchestrating its move to Minnesota, Japanese-Americans living on the West Coast were rounded up and moved inland to prison camps under Executive Order 9066, which President Franklin D. Roosevelt had signed in the wake of Pearl Harbor.

Ohno, Sudo and their family were among the 120,000 people forced to leave their homes and jobs and report to one of 10 prison camps in the interior of the country. Like Ohno and Sudo, two-thirds of those imprisoned had been born in the United States.

“Because of their ancestry, they were incarcerated,” Cassady said. “They were citizens.”

These second-generation Japanese-Americans were exactly who the military targeted for recruitment into the MISLS program, writes Masaharu Ano in a 1977 article in Minnesota History magazine. This rubbed many of their families the wrong way.

“Here we were, put in these prison camps,” Sudo said. “Then all of the sudden, they're asking these guys to serve.”

But many did. When MISLS began its first term at Camp Savage in June 1942, 200 students had enrolled.

By the time Ohno arrived at Camp Savage in late 1943, it was outgrowing its facilities. It was relocated to Fort Snelling in August 1944.

Classes at Fort Snelling were held in the spacious yellow-brick barracks along Taylor Avenue, an improvement over the cramped classrooms at Camp Savage.

Less luxurious was the “turkey farm,” several rows of tar-paper huts occupied by new students and heated in the winter with potbelly stoves.

The students' schedule was rigorous, Ano writes. They spent nine hours a day in the classroom, five days a week. Lights-out was at 11 p.m., but it wasn't uncommon to find students in the bathrooms, studying by flashlight.

After examinations on Saturday mornings, the students' weekends were their own. They spent their leisure time on the post playing baseball and football or going to the movies at the base theater. On Saturday nights, they would often take the streetcar to Hennepin Avenue in Minneapolis.

When Germany surrendered in May 1945, the U.S. turned its full attention to winning the war in the Pacific. Work at MISLS ramped up. In October 1945, the school's enrollment peaked at 1,836 students.

Ohno graduated in 1944 and served in the Philippines until Japan surrendered in September 1945, when he was sent to Japan to aid occupation forces. He remained there for two years, Sudo said.

Over the course of the war, MISLS students translated 20 million pages of documents and interrogated thousands of prisoners.

The school was folded into the Defense Language Institute in California when Fort Snelling was decommissioned in 1946.

Following the end of WWII, many Japanese-Americans who had graduated from MISLS returned to Minnesota with their families.

Ohno's family was among them. Like many Japanese-Americans during WWII, their father had lost his job when he was imprisoned.

“My dad didn't want to go back to Seattle, so we were trying to decide where to go,” Sudo said. “Three members of our family were already here.”

While he was a student at MISLS, Ohno had arranged for housing and employment in the Twin Cities for two of his nine siblings to get them out of the camp.

Despite the MISLS students' contributions to the U.S. war effort, few Americans were aware of them until the 1970s because the program had remained classified.

As a member of the Twin Cities chapter of the Japanese American Citizens League, Sudo has worked to raise awareness of the contributions made to the war effort. Her group has met recently with the Minnesota Historical Society, which is developing programming related to MISLS as part of its 2020 revitalization.

“I definitely hope the revitalization plan will include a permanent exhibit that shows the heroics of some of these guys,” she said.

WATCH NEXT: The Doolittle Raid