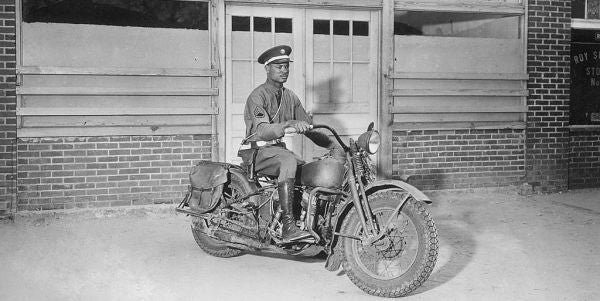 The new National Museum of African American History and Culture highlights hundreds of personal stories of tragedy, suffering and courage, but some of the bravest heroes are recognized in the section about military history.

In a corner of the museum, with the Washington Monument visible through the windows, sunshine lights the portraits of black Medal of Honor recipients and the descriptions of their heroic acts. In the middle of the gallery is a single, glass-enclosed Medal of Honor.

The area’s simple design gives ample time to take in the stories of the men who have earned the nation’s highest military award. More portraits will be added to honor future recipients.

Artifacts in the military section range from then-Gen. Colin Powell’s uniform to Purple Hearts and the stories behind them. There’s a letter written by then-Lt. Samuel M. Bruce, a Tuskegee Airman, on July 4, 1943, that mention two pilots who were missing: Lt. Sherman White Jr. and Lt. James McCullin. Neither returned from a July 2 mission and would later be identified as the first black pilots killed. Bruce was killed in action over a year later, on Jan. 27, 1944.

There’s a voucher of payment to former slave Pvt. Prince Simbo, for services rendered during the Revolutionary War. The voucher, dated 1783, is for 13 pounds and 15 shillings.

The military section, a walk from the earliest days of American military history to the present, is a treasure trove of information and artifacts on people who fought for their country even as their country failed to treat them equally.