Ruth Itamura, who was six at the time of the attack, has vivid memories of how life in Hawaii changed. 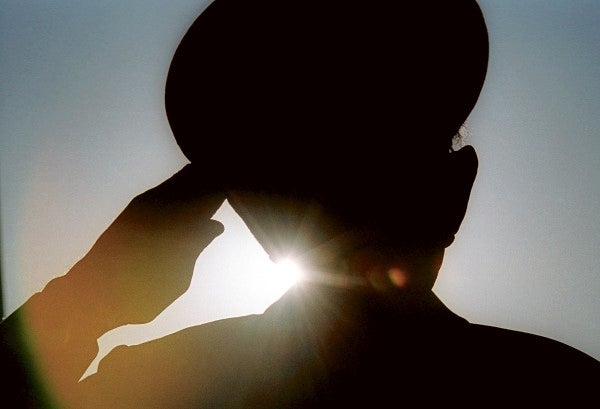 The scent of the bomb shelter's dirt walls and floor lingers in Ruth Itamura's memory.

“I remember the smell of the ground,” the retired Vigo County School Corp. teacher and counselor recalled last week.

Ruth's family and fellow Hawaii residents were ordered to build the emergency shelters after Japanese forces struck Pearl Harbor in a surprise attack on a sunny Sunday morning, Dec. 7, 1941. The offensive killed 2,335 American service members and 68 civilians, and devastated the U.S. naval fleet based around the island of Oahu. The assault drew the United States into World War II.

The valor and resilience shown by U.S. sailors, Marines and soldiers in that moment of tragedy sustains remembrances on Pearl Harbor Day, which will be observed this Saturday. The attack's effect on the lives of people living in Hawaii is also a part of that history.

After the assault, islands and military officials suspected the Japanese would return for a full-scale invasion. Hawaii's governor declared martial law throughout the islands, then a U.S. territory. American forces prepared.

Martial law led to a curtailment of Hawaii residents' Constitutional liberties and freedoms for the next three years, according to a 2017 retrospective in the U.S. military newspaper, Stars and Stripes. Residents ages 6 and older had to be fingerprinted and registered. Everyone had to carry a military-issued identification card. Newspapers and mail faced censorship. A “blackout” was imposed for after-dark hours with lights turned out, doors and windows covered, and automobile headlights mostly blackened to avoid detection if enemy forces invaded. Residents had to dig underground bomb shelters and hide there during drills.

A curfew was imposed for the hours of 9 p.m. to 6 a.m. Notably, residents of Japanese descent had to be off the streets by 8 p.m., Stars and Stripes reported.

Ruth was just 6 years old then. She doesn't recall all of the restrictions directed at Japanese Americans. Her parents shielded their children from the harsh realities and injustices. “I think they kind of kept everything among adults,” she said.

Yet, she retains some vivid memories surrounding the attack on Pearl Harbor and its aftermath.

Ruth and Gordon were both born in Hawaii, second-generation American citizens, or “Nisei.” Their parents were born in Hawaii, too. Ruth has Korean and Japanese ancestry. Gordon's family is of Japanese descent.

Ruth and Gordon didn't know each other in 1941. They met more than a decade later in Chicago, where Gordon was working and Ruth was visiting as an Indiana State University student. He wound up moving to Terre Haute, earning a business degree from ISU as a Korean War veteran on the GI Bill and landing a job at Wabash Fibre Box. Ruth became a teacher in the Vigo County School Corp. and one of its first counselors, serving kids in the district for nearly 40 years. Now retired, they live near Prairieton, where they raised their son, Tad, and daughter, Jan. The Itamuras have been married 61 years and have three grandchildren.

Ruth is now 84. Gordon is 87. As they shared recollections last month of growing up in the wake of the Pearl Harbor attacks, the memories seemed close, for her.

“Isn't it funny to relive this?” Ruth said, glancing at her husband. “You can almost feel it.”

'Get under the beds'

On the morning of Dec. 7, 1941, Ruth and her siblings got dressed and ready to walk to church. Word of the Japanese attack, which began at 7:55 a.m., reached the Kim family by radio. Her father told the children to stay home.

Soon, they saw a plane overhead. That wasn't unusual, given their proximity to the U.S. military bases. This was different, though.

“We did see the rising sun on the wings and side of the plane,” Ruth said. “I can still visualize it today, as it brings back memories when I saw the movie, 'Tora, Tora, Tora.' We were instructed to get in the house and get under the beds. I guess, as children we must have thought it was like we did when we played hide-and-seek in the house.”

They couldn't hear the relentless Japanese bombing at Pearl Harbor, but could hear the gunfire at Wheeler Field, just across a river near their home.

Her father got summoned to the harbor, where he worked. Help was needed to care for the injured and fight fires — a duty that would keep John Kim at Pearl Harbor for the next three days. On his drive to the harbor moments after the attack, her father picked up some U.S. sailors trying to get back to the base. Suddenly, a Japanese plane appeared and veered toward their vehicle.

“[Ruth's father] probably thought, 'Oh, dear, we're right in the pathway,'” she said. He stopped the vehicle, got out and ran into a cane field to distract the attacking pilot from the sailors. Hiding behind a cane tree, the plane's machine gun bullets missed him and the sailors.

“He thought, 'Someday when I make a million dollars, I'm going to put a gold band around that tree,'” Ruth said. To his dismay, the tree was cut down years later to clear a path for a highway.

Heroism, such as John Kim's, was prevalent that day as Americans responded to the stunning attack.

Ninety-five miles away in the town of Kahului on Maui, Gordon and his family heard news of the air strike over the radio. Before long, “people were lining up in stores,” he said.

Barbed wire barricaded Kahului's beach, which had been “our playground” for Gordon and his friends. In the blackout, mandated under martial law, tarps covered lit-up portions of ships anchored in Kahului Harbor. Car headlights got covered, except for an open strip in the middle, at a garage near Gordon's home. Trucks and buses were parked under trees. Each step was to inhibit invading forces from detecting people and resources.

“It looked like they were building a swimming pool for us kids,” Ruth recalled. “They'd sound the alarm, and we'd have to go down in that hole and wait till they sounded the alarm again.

“Nobody likes the sound of a siren,” she added.

Gas masks were issued to every resident, too. Kids wore them to school, Ruth recalled. Once inside, the students hung their gas masks on their chairs. They put the masks back on for recess.

“Wherever you went, you had to take that gas mask,” she said, “but we never had to use it. So that's why I have such pity for the children that live in war-torn places.”

A follow-up Japanese invasion at Hawaii never occurred, but some dangerous incidents did. A Japanese submarine once fired into Kahului Harbor, rattling the community, Gordon recalled.

The attack and war also unleashed injustices. Approximately 150,000 Japanese people and Americans of Japanese descent lived in Hawaii in 1941, comprising nearly 35% of the territory's population, Stars and Stripes reported. Fewer than 2,000 were moved into internment camps, which was a smaller ratio than Japanese Americans interned on the mainland, just because of their race.

Ruth's and Gordon's families weren't subjected to internment camps. “We had it good, compared to what happened to others,” she said.

Sometimes, the words came from his joking buddies in Hawaii. Occasionally, slurs got directed at Ruth and Gordon in their adult years, including in Terre Haute. Ruth said she sometimes kept quiet, assuming the insults came out of ignorance. Other times, she spoke up.

Ruth's siblings still live in Hawaii. Gordon's family members have passed away. The Hawaii of their youth was a place of “beautiful tropical plants and open fields,” Ruth said. There's more concrete and commercialization today, she added.

Hawaii then was close to the cultural “melting pot” that America has aspired to be for 243 years. “You were in everybody's house, eating a Filipino meal one day, a Korean meal the next, and some other the next,” Ruth said. Gordon's hometown was just the same. It's America's story.

The Pearl Harbor attack disrupted that way of life there and throughout the nation, but didn't destroy it.

“I think of myself as patriotic,” Ruth said, “having lived through that.”