The Jolt Of Electricity That Forever Altered Warfare

In the wake of the Civil War, there were many legacies left by Abraham Lincoln’s presidency, with the abolition of... 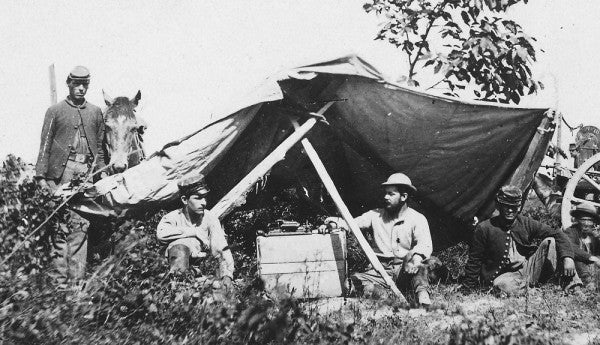 In the wake of the Civil War, there were many legacies left by Abraham Lincoln’s presidency, with the abolition of slavery and the foundation of a national American identity at the front of most people’s lists.

But another less well-known contribution was his use of the telegraph.

While this new technology altered news, finance, war, and greatly impacted at least one man’s presidency, Lincoln can only take credit for seeing its potential, not for creating it.

With a jolt of power that ran through two miles of wire, Samuel Morse and his colleagues, Leonard Gale and Alfred Vail, sent the first electronic message on Jan. 6, 1838. They successfully created the telegraph and with it, Morse code.

Gathered at Speedwell Ironworks in Morristown, New Jersey, a small crowd watched the world’s first-ever demonstration of an electronic communication machine when the three men sent a message through bundles of cable, which they packed into the cramped building to a waiting receiver device.

The message, “a patient waiter is no loser,” was transcribed through a series of dots and dashes, conceived by Vail, and was the precursor to what would become Morse code, explains Smithsonian.com.

The concept for the telegraph was borne out of tragedy and serendipity. In 1825, Morse was a professional painter working in Washington, D.C., when he received a letter that his wife was sick. By the time he reached his home in New Haven, Connecticut, she had already been buried.

An illustration of the original Samuel Morse telegraph.Image via Wikimedia Commons.

Morse vowed to develop a faster way to quickly send messages in critical times. In 1832, while on a transatlantic voyage, he met Charles Thomas Jackson, a Boston-born scientist who showed him an electromagnet he had designed. Morse was instantly fascinated by the idea of sending a message through an electrical current and this chance meeting was the genesis for what would become the telegraph machine. Later, he met Joseph Henry, a scientist working in electromagnetism, who ultimately became the first Smithsonian secretary. Henry explained how electromagnets work and his design is suspected to have strongly influenced Morse’s own electromagnets.

The telegraph functioned by transmitting electrical signals over a wire that ran between stations. By controlling the length and tempo of a current, an operator was able to send different signals in the form of Morse code.

For example, S.O.S., the Morse code signal for distress, doesn’t stand for any particular words, but was chosen because the letters are easy to transmit: “S” is three dots and “O” is three dashes.

Messages were rendered as marks on a piece of paper that were then translated back to English. As operators became more familiar with the technology, they were able to understand the code just by listening. Eventually paper was replaced by a receiver that generated a more pronounced, and therefore more easily understood, beeping sound.

Six years after the unofficial demonstration in New Jersey, Morse and Vail made history when the words “what hath God wrought” traveled by wire from Baltimore, Maryland, to Washington, D.C., on May 24, 1844.

However, it would be years before the technology saw practical and routine use within the government. In fact, the House barely approved the $30,000 in funding that paid for Morse and Vail to run a wire from D.C. to Baltimore. The vote was just 89 to 83, with 70 congressmen abstaining, according to Tom Wheeler writing for The New York Times in 2012.

In the years to come, the telegraph machine went through many transformations as it also changed the world around it.

In May 1862, with the Civil War underway, Lincoln sent roughly one telegram a month, but after a telegraph office was established in the War Department next to the White House, the president sent nine messages the first week. Suddenly, Lincoln was able to address, respond to, and assess his generals and the Union Army as a whole. Never before had a leader separated by such physical distance been able to remain so plugged into the workings of his forces and troops.

“As he sat in the telegraph office reading messages, he gained insights, felt the pulse of his Army in the field and reacted,” Wheeler wrote. From that day, Lincoln paved the way for how the technology would shape the battlefield.

In many ways, Lincoln’s use of the telegraph marked the emergence of the modern-day situation room and set the standard for the commander in chief to be tapped into the war effort.

Additionally, the messages were protected from interception during the Civil War, wrote Terry L. Jones in a 2013 article for The New York Times. Anson Stager, who previously worked as the general superintendent of the Western Union Company, served on Gen. George B. McClellan’s staff before being placed in command of the Military Telegraph Corps.

Stager created a system for masking Union telegraph messages, tapping out words in standard Morse code that were then transmitted out of order to make them read as gibberish without the decipher key. The words had to be arranged on a grid of rows and columns, with the first word in the message serving as a key that told the recipient how to arrange the words.

According to Encyclopedia Britannica, international Morse, a variation of the original code that is still used today, was used in World War II, the Korean War, and in Vietnam. It was also used heavily by the shipping industry until the 1990s.

Morse code is the oldest mode of electronic communication still in use; 178 years after the first signal snaked its way through two miles of wire at Speedwell Ironworks in New Jersey.