The Most Unexpected Animals To Have Served In War

When you talk about animals in war, most people immediately think of military working dogs, who continue to serve with... 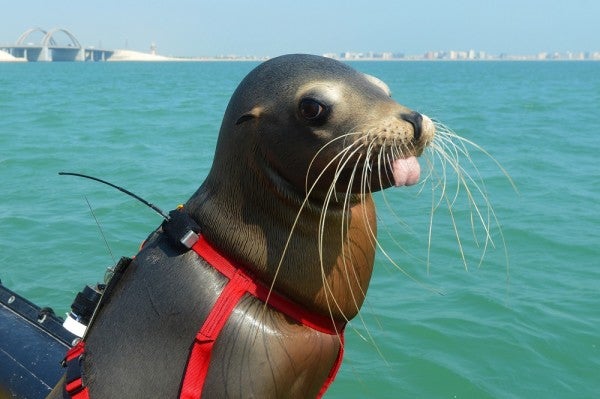 When you talk about animals in war, most people immediately think of military working dogs, who continue to serve with U.S. troops in support of the Global War on Terror. However, horses, camels, elephants, and birds have all been used to incredible effect in dramatically different locations, wars, and eras.

There’s Cairo, the military working dog who went with Seal Team Six during the May 2011 mission to kill Osama bin Laden in Abbottabad, Pakistan. In World War I, horses were used as mobile weapons platforms, pack animals, and to tow artillery to the front lines, and they paid a heavy price with roughly 8 million dying during the Great War, according to Jilly Cooper’s “Animals in War.” During the same war, when a group a American soldiers were pinned down between a German onslaught and friendly fire during the last major battle of World War 1, a carrier pigeon named Cher Ami, was dispatched to tell the Allied troops to cease fire. The bird flew 25 miles, was shot in the chest, blinded in one eye and lost a leg, but delivered the message and stopped the shelling.

Even as recently as World War II, elephants, the tanks of ancient warfare, were used by James Howard “Billy” Williams, an elephant trainer who helped British troops fight a guerilla war against the Japanese military in what was then Burma.

Related: The military dog who saved 4 lives in an RPG attack »

But, there are some war animals who don’t get a lot of attention. I’m talking about the weird ones — the slimy, bizarre and awkward creatures who have gone to war, or let’s be real, been used in war.

A female glow worm, Lampyris noctiluca, in grass in a field in Princes Risborough, Buckinghamshire.

During World War I, glow worms were used as lamps for Allied soldiers in the trenches. Soldiers would gather enough of the bioluminescent insects to fit their lighting needs and store them in a bottle or a glass. Their contribution was so great that in November 2004, Queen Elizabeth’s daughter, Princess Anne, unveiled a memorial park in London dedicated to all the animals and insects that served in World War I.

In the wake of Pearl Harbor, Lytle S. Adams, a dentist from Pennsylvania concocted a rather eccentric idea: To use bats laden with tiny incendiary bombs to blow up Japanese cities. The plan, dubbed Project X-Ray, was approved for testing in March 1943, but it was incredibly complex.

First they had to catch the little cave-dwelling mammals, and once they rounded up thousands of Mexican free-tailed bats, they had to build tiny explosives for them. When that was done, Adams had to figure out how to get the bats onto a plane so they could be airdropped over a city. The bats were placed in ice cube trays and cooled so they would hibernate. The next step was to load the tiny bombers into cardboard containers that could be dropped out of an airplane with a parachute, and scattered over the target area, sowing destruction and no small amount of confusion in their wake.

The plan was eventually scrapped due to funding and scientific efforts that were redirected to the atomic bomb. It also may have had to do with the fact that a few of the bats escaped during testing one day and burned a hangar and one general’s car.

It was nonetheless an impressive and visionary achievement. It was also a bit crazy.

Slugs can detect one particle per 10-12,000,000 particles of air, which is three times better than humans. Dr. Paul Bartsch, a curator for the Division of Mollusks at what was then called the U.S. National Museum, realized that by watching the slugs for discomfort, he could tell if a gas attack was underway.

The slugs would indicate discomfort by closing their breathing spores and compressing their bodies, and when soldiers saw this, they would put their gas masks on.

A sea lion attaches a recovery line to a piece of test equipment during training.

The Navy trains California sea lions to find and retrieve equipment lost at sea and to spot intruders swimming into restricted areas. In 2003, the Navy employed sea lions for exactly this purpose in the Persian Gulf. It also used dolphins to seek out and detect sea mines.

If a sea lion detects an intruder, they’re trained to come to the surface and raise the alarm. Their handlers sometimes give the animals a clamp attached to a line that the sea lion can affix to a suspect's leg, marking the person with a surface buoy so that nearby troops can haul the intruder in, like some awkward hundred-plus pound bass.