The role of women in the U.S. military has come a long way — and I mean a really long way 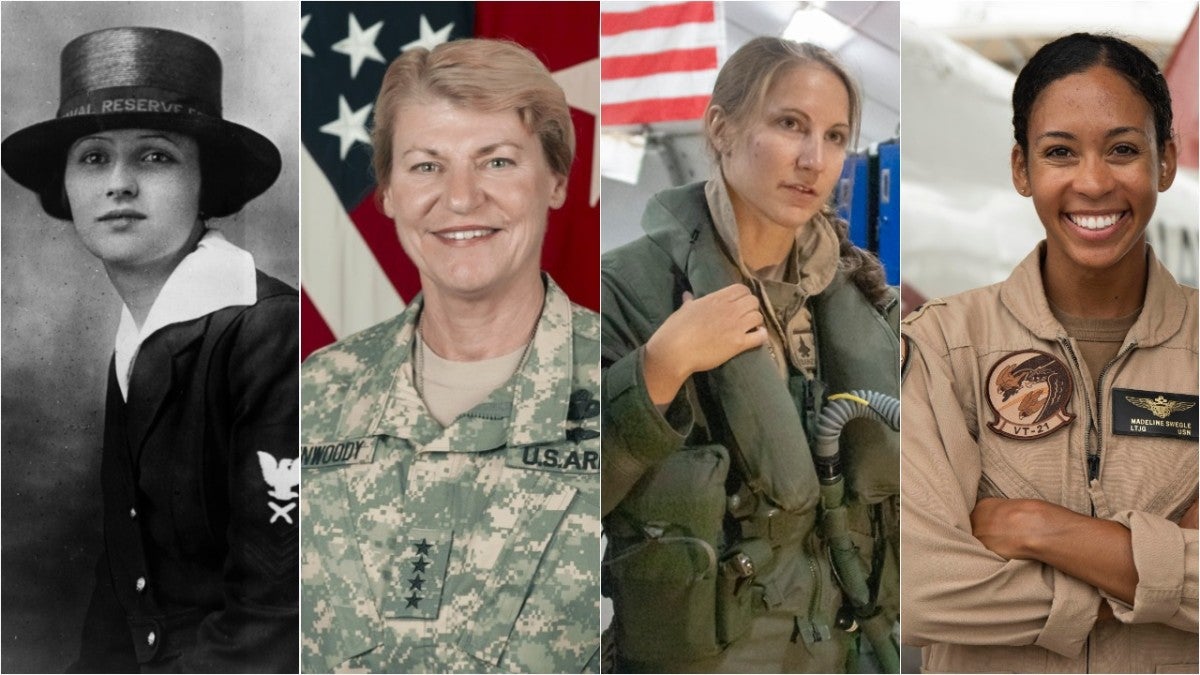 The role of women in the U.S. military has come a long way — and I mean a really long way.

The woman believed to be the first to join the Army, for instance, did so in secret. Apparently Deborah Sampson pulled some real Mulan shit and pretended to be a man, even treating herself after she was shot because she was worried she’d be found out if she got medical attention. The first Black woman to enlist in the Army — Cathay Williams — did the same thing, and enlisted under the name “William Cathay.”

And decades later, when the first women were promoted to general, the then-Army Chief of Staff kissed them during the ceremony and deemed it “a new protocol for congratulating lady generals.”

Fast forward to just over one month ago, when a woman took command of the U.S. Army Reserve for the first time in history; or when, weeks before that, the Navy announced the first Black female fighter pilot to earn her wings.

That’s not to say there isn’t still room for improvement. The Army and Navy, for example, have never had a female service secretary, and the Marine Corps is still working on integrating boot camp.

But last week marked the 47th annual Women’s Equality Day, which according to the National Women’s History Alliance was started to commemorate women gaining the right to vote with the 19th Amendment.

To mark the occasion, here are just a few of the trailblazing women who were “firsts” in the U.S. military:

Is there a trailblazing woman we may have missed? Shoot us a note at haley@taskandpurpose.com.