How Vietnam Dramatically Changed America’s Views On Honor And War

When Americans think of being at war, they might think of images of their fellow citizens suffering. We count the... 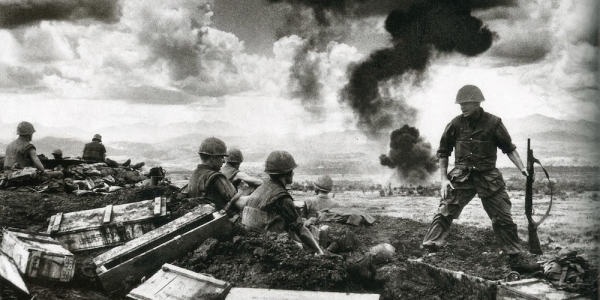 When Americans think of being at war, they might think of images of their fellow citizens suffering.

We count the dead and wounded. We follow veterans on their difficult journey of recovery from physical injuries and post-traumatic stress. We watch families grieve and mourn their dead.

But it was not always this way.

Today, as the U.S. again escalates its 16-year war in Afghanistan, it is important to understand how Vietnam set a pattern for finding honor in inconclusive or lost wars.

I found that from 1965 to 1975, The New York Times mentioned the names of only 726 of the 58,220 American military personnel killed in Vietnam. Reading through every New York Times article from those years with the word “Vietnam” in it, I found biographical information was included about only 16 dead service members, and photos of 14.

There are just five references to the reactions of the families of the dead, and only two articles mention the suffering of injured American service members. Two other articles discuss the funerals or burials of the dead. This restrained coverage is far different from that of The New York Times or any other media outlet during the Afghanistan and Iraq wars.

The U.S. military encouraged this change. As the Vietnam War dragged on there were mounting casualties, ever less prospect of victory and ever more reports of atrocities committed by American service members. In response, U.S. commanders searched for new ways to find honor in their troops’ struggles.

One way the military changed was the way it honored its members through medals. Medals have always been used by officers to reward and identify behaviors they want their troops to emulate. Before Vietnam, the Medal of Honor – the highest award given by the U.S. – usually went to those who lost or risked their lives by going on the offensive to kill enemy fighters. But during Vietnam, I found, the criteria for the Medal of Honor changed. More and more, those who served were recognized for defensive acts that saved the lives of fellow American troops, rather than for killing communist fighters.

Toward the end of the war and in all wars since, nearly all Medals of Honor were given for actions that got fellow American service members home alive, rather than helping win a war.

This shift echoed changes in the broader American culture of the 1960s and 1970s – a shift toward celebrating individual autonomy and self-expression. As a growing fraction of Americans achieved a level of wealth unprecedented in world history and unparalleled elsewhere in the world, claims that people deserved emotional fulfillment at school and work became increasingly salient.

Another way the military adjusted its approach was to loosen its grip on discipline. The military responded to insubordination within its ranks by allowing expressions of dissent. This aligned the military with the culture of individual expression in the civilian world from which its volunteers and draftees came. Civilians saw this new attitude in news photos of service members in Vietnam wearing buttons saying “Love” or “Ambushed at Credibility Gap.” This celebration of the individual, even in a disciplined military, made the life of each service member seem even more precious, and the effort to save such lives ever more praiseworthy.

First, the military replaced the practice of sending telegrams to dead service members’ survivors with visits from casualty assistance calls officers who delivered the news in person. This practice has continued in every war since.

Second, prisoners of war became objects of repeated attention from President Richard Nixon. Nixon used POWs as props to unfairly, in my view, attack the antiwar movement as insufficiently concerned with American troops. Journalists spoke with the prisoners’ wives and children, bringing attention for the first time to the emotional suffering of service members’ families.

Vietnam….Members of Company B, 4th Battalion, 12th Infantry, 199th infantry Brigade, carry a wounded member of the company from the field during a fire fight in Lhu Duc District, October 1967Jared Keller

The military’s focus on individual service members in the late years of Vietnam has created a permanent legacy. Since Vietnam, Americans’ tolerance for casualties has sharply declined. A majority of Americans turned against the Vietnam War only when the number of U.S. dead exceeded 20,000. In Iraq it took just 2,000 dead for a majority of Americans to oppose the war.

The U.S. now fights wars in ways designed to minimize casualties and avoid any troops being taken prisoner. Such casualty avoidance, through the use of high altitude bombing, drones and heavily armored vehicles, increases civilian casualties. It also limits interaction between civilian and American troops – making it more difficult to win over the support of locals in places like Iraq and Afghanistan.

Vietnam did not make Americans into pacifists, but it did make U.S. civilians far more concerned with the well being and lives of their country’s troops. At the same time, the end of the draft and shift to an all-volunteer force required the U.S. military to treat its recruits with greater respect. These factors ensure military service members will continue to be honored most highly for protecting each other’s lives, even when those actions occur during lost or inconclusive wars like Afghanistan and Iraq.

Richard Lachmann is a professor of sociology at the University at Albany, State University of New York. This article was originally published on The Conversation. Read the original article.