10 Things You Wish You Didn’t Know About Being Deployed

Editor’s Note: This article has been modified from its original version, which was published on Medium by Angry Staff Officer. … Continued 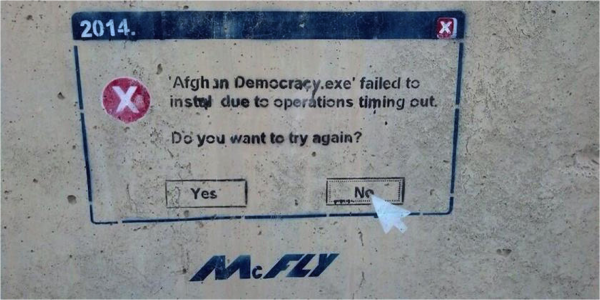 Editor’s Note: This article has been modified from its original version, which was published on Medium by Angry Staff Officer.

This is a response to the great list that ran in Task & Purpose concerning the things that you understand because you deployed.

Related: 20 Things You Only Understand If You’ve Deployed »

This is a similar list, but instead, concerns all the things you wish you didn't understand. It started when I read the original list to my all-veteran carpool. Of course, the ideas and memories poured out thick and fast. These are some of the best.

1. That moment when you’re in the shower and the incoming alarm goes off.

Yeah, that one. When you have to choose between saving life and limb from incoming rockets or mortars by getting down on the floor, or running the risk of contracting an unknown biological disease by getting within a foot of that nasty shower floor. Tough choices. We all choose the possible mangling of limbs over the certain contraction of some as-yet unheard of mega virus. A similar variant of this is if you are on the john when the alarm goes off.

2. You can’t sleep because the Air Force does engine maintenance at night.

Mainly only familiar to those on forward operating bases with air bases, but every damn time. You finally got some time to sleep, maybe even a full night. Your head hits the pillow, you begin to count sheep, and all of a sudden a tornado apparently touches down somewhere on base because everything is shaking and all you hear is “WHRRRRRRRRRRRRRR” from the F-16's afterburners. I’m convinced that it’s the way airmen give payback for all the jokes directed against them.

3. Having to choose between a shower and hydration because you’re so low on bottled water.

Sometimes you can only endure the stench of body odor and whatever the hell those fumes are for so long before you have to make the tough decision. This conundrum is unfamiliar to most POGs like myself. We have our own unfortunate memories, such as, that one time there was no hot water in the shower for a day.

4. You’re in a gun truck, on a long convoy, your gunner has to go to the bathroom, and you’re in the seat next to him.

For those who are unfamiliar, the gunner is standing up, in a harness in the turret, so his or her business is at eye-level. When nature calls, nature calls. Your gunner has been on the road for 18 hours, just like you, and is tripping off Rip Its, candy, and dip. All those Rip Its sure go through the system quickly. If you’re lucky, this experience only results in seeing your buddy do his thing into an empty water bottle. If you’re unlucky, you might be holding the ammo can as he relieves the pressure of some of KBR’s finest.

5. You find a hair in your dinner from the chow hall.

Is that a hair? In my Noodles Jefferson? This is where you want to shut down the brain, otherwise, it will leap to conclusions that will cause you to dump your tray in the trash and be ill. Is the hair mine? Did it land there when I was walking to your table? Or is it from that 124-year-old ex-mujahideen who served my food? And where on him did it come from? As I said, shut the brain down.

6. You know toilet paper on deployment has been replaced with sandpaper.

Doesn't matter where you go, the Department of Defense has supplied only the finest grade sandpaper for its troops. Mix this with the way that KBR’s food goes through you and it’s surprising why you don’t see more people limping around the base.

Somehow, even though toilets were cleaned daily even on the nicest areas of Bagram around Disney Drive, they were all clogged by 1300. Completely clogged. So much so that there were piles of toilet paper escaping the bowl. You stared at it, trying to comprehend how such a thing could happen, until you were interrupted by a local national who approached said mound of toilet paper, ascended it, and continued to act as though the whole machinery was still operational. Democracy.

8. Had he lived today, Vincent Van Gogh would’ve been in the Army and doodled on latrine walls.

I've said it before: Someone could make an awesome coffee table book with pictures of latrine art. An X-rated book, yes, but it is truly art for art’s sake. You learn all about the anatomy, and what goes into where, and sometimes wonder if perhaps that shouldn't go into there, especially because that diagram looks painful. Or the long-running conversations between customers of that particular stall or porta John, which plumb the depths of philosophical discourse and ask the probing questions about an individual’s sexuality that are rarely seen on daytime television.

9. Trying to shave in between a local national gargling on his toothbrush and a third-country national taking a footbath in the sink.

Truly a moment where you wonder how in the world it got to this point. As you try to shave to reach that zenith of discipline as laid out in 670–1, you are greeted with the dulcet tones of deep hacking from one side, and a stench that makes you think, “My god, what is that fungus…is it leprosy?” from the other.

10. Taking a leisurely number two in a porta John and hearing the unmistakable sounds of “self love” from either side of you.

Last, but not least, the moment where you finally found a clean porta John, where you brought your own toilet paper, and are hopefully going to take a number two that is actually solid for the first time in months, and then you hear it. From both sides. The product of General Order Number One. This is the moment you have in your head when you put your fist through a television when an Army commercial comes on once you’ve gotten back home.

Because no one understands the horror, man, the horror.