11 Essential Items For Your Nuclear Bunker

There’s been a lot of talk of fire and fury this week, and no, this is not a review of... 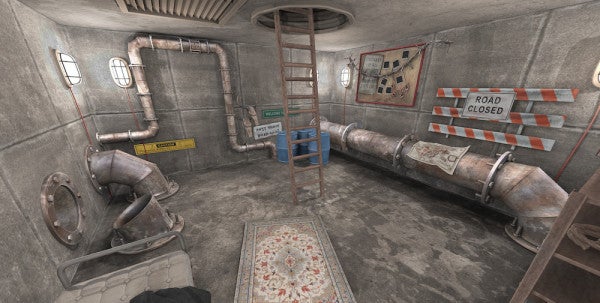 There’s been a lot of talk of fire and fury this week, and no, this is not a review of Sunday’s episode of Game of Thrones. On Aug. 8, North Korea’s state media reported that Pyongyang had threatened to nuke Guam with its new nuclear-capable missiles, a message that became public after President Donald Trump stated that an attack by North Korea would “be met with fire and fury like the world has never seen.” Exhilarating, I know! I mean, who hasn’t wanted to know how it felt to grow up during the Cold War, hiding under your desk while praying not to be turned into a heap of glowing ash?

With Kim Jong Un and Donald Trump locked in a war of words, it’s probably a good idea to take a more proactive approach to surviving nuclear winter — you know, just in case things escalate quickly. Step one would be to find a good place to serve as a nuclear bunker; step two is to fill it with survival gear. To that end, here are 11 items you should stockpile in your nuclear bunker.

First off, unlike water, beer doesn’t get contaminated by nuclear fallout. In fact, the U.S. government actually proved it in a study. But more importantly, it’ll help with the inevitable boredom that will come with being trapped for a few weeks while you wait for the nuclear fallout to clear. What’s more, if you wind up in the bunker with a stranger, a few brews can help you become best friends until you end up killing each other over scarce rations.

You’ll need a snack, and pretzels are compact, store well, and they’re the perfect salty treat. Plus, nothing goes better with beer than pretzels. And, according to pretzel guru Auntie Anne, “In the end, we only regret the pretzels we didn't eat.” Truer words were never spoken.

Nature calls, even when the rest of the world is a smoldering pile of ash and rubble. A bunker is close quarters, and you’ll need a place to do your business. Piss bottles are really the only way to handle that situation, unless your bunker is fancy and you somehow installed a septic system. In that case, disregard.

Pretzels and beer alone cannot sustain a person. You need real sustenance. Everyone knows chili-mac is the best of the MREs. Our advice is to stockpile a year’s worth of these babies, because even though you may be able to leave the bunker a few days or weeks after the bomb drops, who knows what damage will have been done to the food supply.

Those that have deployed and been forced to eat MREs for days and weeks know that hot sauce makes everything taste better. Assuming you’re smart enough to line the walls of your bunker with MREs, you’ll need the hot sauce to make each meal tolerable.

You can use it for just about anything. Seriously. Everything. It can be used to reinforce your bunker, hold dressings for wounds, or even to create a makeshift torch (Yes, it can burn for an extended period of time).

Solitaire is a good way to pass the time in your nuclear bunker. Or you could build a house of cards, which could serve as a nice model for the house you might build over the charred remains of your hometown when it’s finally safe enough to leave your bunker.

This is pretty self explanatory. Just because the world is ending doesn’t mean you don’t need to change your underpants.

There are probably no showers in your bunker, and while you can get away without bathing for a while, we guarantee you’ll eventually start to notice how bad you smell. Baby wipes are the most efficient way to stay fresh.

You may have to dig your way out of the rubble that likely sits above your bunker. The shovel has many uses, including as a weapon. Plus, how else are you going to bury your poop in the bunker? You can’t just leave shit lying around. That’s disgusting.