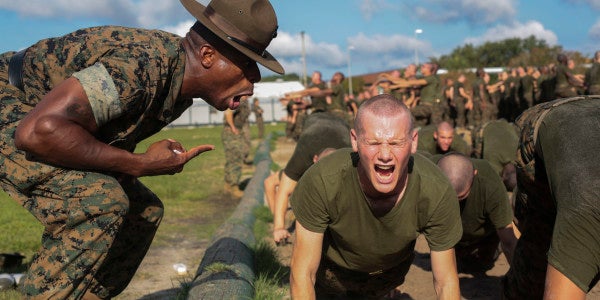 Marine Corps Recruit Training Depot Parris Island, South Carolina, is roiling amid revelations of abuse that contributed to the death of a Muslim recruit earlier this summer. Parents and family members of recruits are understandably nervous about the welfare of their loved ones. Included in that group is actress and comedienne Sarah Silverman, who took to Twitter, appealing directly to @USMC for assurances about her nephew’s safety.

It’s easy to understand why Silverman was concerned — the reports of abuse coming out of Parris Island are horrible. But outing a recruit as having anything special or unique about them is one of the worst things you can do to a young man or woman as they navigate the trials of boot camp. Every male drill instructor at Parris Island is probably wondering if Silverman’s nephew is in his platoon, and god bless the poor soul named Silverman coincidentally.

We have no idea what it’s like at Parris Island right now. We imagine there are backrubs and naps. But if drill instructors still have the autonomy to be a little creative without being abusive, we’d like to offer five ideas for how Sarah Silverman’s nephew can pay Chesty Puller for his aunt’s tweets.

1. Make Silverman’s nephew read his aunt’s tweets to the platoon every night before lights out.

3. Every time Silverman’s nephew messes up, the whole platoon has to watch the trailer for “I Smile Back.”