5 Reasons You Should Hug Your Medic Right Now

Medics and corpsmen are generally one of two distinct personality types: guys who think they’re god’s gift to the military,... 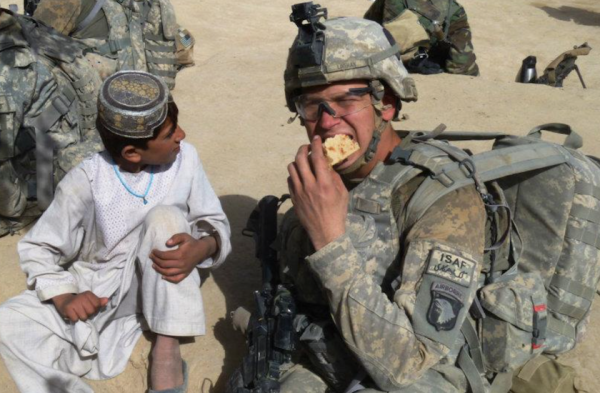 Medics and corpsmen are generally one of two distinct personality types: guys who think they’re god’s gift to the military, or weirdos with a morbid streak. But no matter how much of an oddball Doc is, his role as platoon caretaker demands an occasional reminder that, yes, he is loved and appreciated. Lest we forget, here are five undisputable reasons why you need to stop what you’re doing right now and embrace the one who might one day save your life.

1. He’ll give you an IV in the barracks when you’re hungover.

There’s no better way to ruin a perfectly good Saturday than by getting hammered the night before, which is why mankind has sought a surefire remedy for the hangover since the dawn of history. But until we discover that magic elixir, a soldier suffering from the morning-after jitters typically has only one place to turn: Doc, the benevolent giver of intravenous fluids, whose barracks room on the weekends becomes a black market clinic for the sick and wounded, not unlike the ones American tourists frequent in Tijuana.

2. He knows about your “situation,” but he’ll never tell.

Everyone makes mistakes. If you’re in the military, sometimes those mistakes involve shacking up with a stranger in a seedy motel in Killeen or Jacksonville. And if that stranger’s name is, say, “Candy” or “Bambi” or “Chardonnay,” chances are that mistake is going to follow you all the way back to base and hang around until you get a penicillin shot (if you’re lucky). It is in moments like these when Doc becomes not only your ticket to relief, but an invaluable confidant, because a real medic never “swabs and tells.”

3. He’ll pull a tick off your balls when you’re scared to.

What is it about a grunt who is willing to go toe-to-toe with the Taliban but can’t muster up the courage to remove a tiny arachnid from his own scrotum? It’s a question as old as time itself, and one I have neither the time nor patience to really answer right now. But I suspect it has something to do with the fact that every grunt has the luxury of always having his medic around. And he knows in his heart that when push comes to shove, Doc is going to roll up his sleeves, pull out the tweezers, and get to work.

4. He’s got the power to send you to sick call.

Everyone deserves an occasional break from morning PT, but unfortunately hitting that snooze button and farting away your morning in bed isn’t ever an option in the military. The next best thing? Chilling in the aid station with a thermometer in your mouth and an entire day of doing nothing in your future. That, of course, is only possible if Doc deems it so, because six months of MOS training and a sick call pad is mightier than your crazy first sergeant’s deep-seated hatred for the medical corps.

5. He’ll bury the hatchet the second you get your leg blown off.

Doc is a difficult role to play. On one hand, because he possesses the skills to save lives (and the morphine), a good medic or corpsman is usually a pretty popular guy. But since he’s still technically a POG, he’s also the butt of endless jokes, pranks, and titty twisters. And this is really why Doc deserves a hug: If you go down, no matter how much shit you’ve given him, no matter how much every bone in his body is screaming, “Hey, isn’t that the guy who farted on my pillow and gave me pink eye?!,” he’ll brave bullets and minefields to save your punk ass.