The military is full of stereotypes. Contemporary perceptions of the average soldier or veteran often focus too much on one … Continued 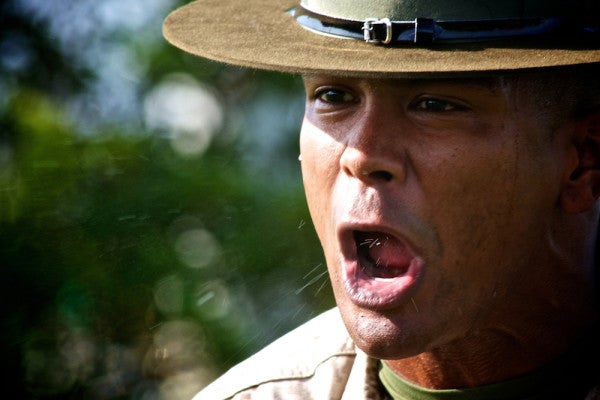 The military is full of stereotypes. Contemporary perceptions of the average soldier or veteran often focus too much on one characteristic or miss the mark entirely. Whether it’s interbranch conflict, marriage woes, or political viewpoints, there are very few all-encompassing tropes that fit all members of the military.

World War II veteran-turned-President Dwight D. Eisenhower once said, “I hate war as only a soldier who has lived it can, only as one who has seen its brutality, its futility, its stupidity.” The stereotype of the hyper-masculine soldier is not an accurate depiction of most service members. In fact, because they’ve seen combat firsthand, they are much less likely to suggest warfare as a primary means of resolving conflict. According to a report from the Daily Beast, “Civilian elites were more supportive of using military force, and for a wider range of scenarios, than were military elites.”

They joined the military as a last resort.

There are any number of reasons why a person joins the military. People often believe that someone joins only because her or she flunked out of high school. However, reasons can be as far reaching as love of country, to familial history, to educational incentives. According to Blue Star Families 2014 survey, however, “The reason for joining the military reported by the highest percentage of respondents (96%) was to serve their country. Additionally, 74% of respondents said they joined to ‘improve their life circumstances.’” Regardless of why people choose to join, they put themselves in harm’s way to protect American interests.

Related: Read about the four military stereotypes that Hollywood got right.

They can’t think for themselves.

It’s a common misconception that service members only know how to give and take orders — nothing else. Many people perceive veterans as drones with rigid, set functions. However, they are often put into situations where they must think and respond quickly to unpredictable situations. The Business Journals, among various employment sites, cite the ability to think on their feet as major advantage when hiring veterans.

It is a widely circulated rumor that service members marry and have kids to take advantage of military benefits — like more basic allowance for housing. An even worse stereotype: Spouses marry service members to steal their benefits. The few that do this sadly give the rest a bad name among both service members and civilians. The assumption that military marriages are a sham for benefits is starkly contrasted by the overall low divorce rates among military members. In 2015, the Pentagon stated divorce rates in 2015 were the lowest in a decade. Military.com also reported divorce rates among both officer and enlisted men and women across 2014 was only 3.1 percent.

The services don’t work together.

Though the rivalries are alive and well, they don’t detract from mission success. Even though there is branch competition, in the form of Army-Navy football and an endless slew of jokes about opposing services, at the end of the day, they know operational success always comes first. The Department of Defense says in its doctrine that joint or “team” operations are to serve as the overriding action across the services. This means that any mission that requires joint action comes first.

Service members are all extremely organized.

This one swings to both extremes. While some service members and veterans are organized down to the way they roll their socks, others are messy as can be. In response to a previous Task & Purpose article, a majority of our readers suggested that messiness was a popular form of rebellion against the rigidity within the military.