American traditions have changed over time, including how we celebrate holidays. In the modern world, one new tradition is posting... 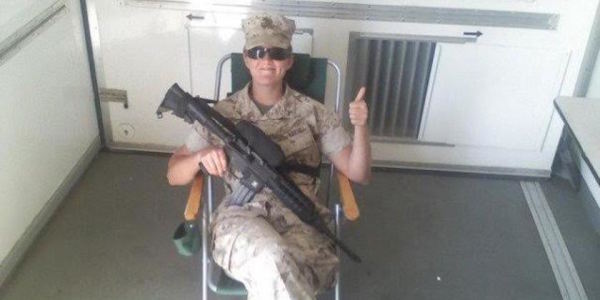 American traditions have changed over time, including how we celebrate holidays. In the modern world, one new tradition is posting old photos to social media. This time of year, that means a deluge of military photos showing up just before Veterans Day. These photos can serve the important purpose of helping our friends understand who has served. But let's be honest: There are some we see over and over and over again. Here are nine profile pictures in your Facebook newsfeed right now.

The Picture of Your Grandfather in World War II

This is a very confusing profile picture for your single female friends. They will think, “Hey, who's the hottie?” and then find out that he's been taken — since V-J Day.

This picture is nonstop badassery until you notice the blank adaptor, tie-down straps, or MILES halo on the Kevlar. You could be a jerk to your buddy and point it out, but you won't, since you just remembered to crop the BFA out of your own profile picture.

You can be buddies with people from partner militaries and police forces, too!U.S. Army Photo by Sgt. Kani Ronningen.

Related: This Veterans Day Marks The End Of An Era »

The POG Being Moto Picture

This picture is only funny to people who work with the POG. We all know the last time you touched a 240B was during a sensitive items inspection, but you sure got a picture of it, didn't you?

These pictures are just as good on Veterans Day as they are on #ThrowBackThursday. Nothing breeds morale and respect in a command like realizing that your first sergeant had OD greens. No, not BDUs, ODs. It's almost as much fun as picturing your commander in JNCO brand jeans the day before they shaved off his Kurt Cobain haircut.

You probably weren't aware it was your first marriage when you took the photo. You're in your dress whites, shoes shined, beaming at your bride. Both of you blissfully unaware of what's going to happen on your first deployment. But, you look great in those whites and everyone should know it on Nov. 11.

Photo by Flickr user From Sovereign To Serf, via CC 2.0 Lic.

Between all the eagles, flags, and misty shots of Arlington Cemetery, this says, “I cared about this exactly enough hit the share button and nothing more.”

Deb's baby boy is all grown up and rocking the Eagle, Globe, and Anchor, with a sibling, and she wants the world to know it. This photo is the final addition to her shrine that includes the blue-star window display, “Proud Mom Of A U.S. Marine!” bumper sticker, “Marine Mom” t-shirt, and “Devil Dog Mom” keychain.

Some people don't get Veterans Day off, a fact you'll be reminded of about 80 times by the time you've finished off your free Starbucks, while scrolling past the folded flags, funerals, and troops in contact profile pictures. We get it, freedom isn't free. Bet that medium drip coffee was, though.