Something I’ve pondered lately, because I don’t really ponder matters of real importance, is the nature of Marine Corps recruiting... 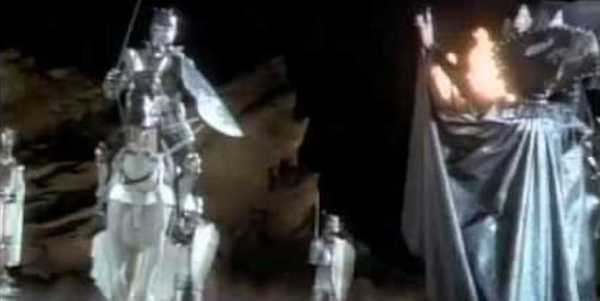 Something I’ve pondered lately, because I don’t really ponder matters of real importance, is the nature of Marine Corps recruiting commercials in the late 1980s and 90s. Undoubtedly, the Marines have historically had standout advertising compared to their counterparts in other branches.

President Harry Truman once remarked that the Marines “have a propaganda machine that is almost equal to Stalin’s.” This statement came shortly after World War II, when the Marine Corps’ future was uncertain. Perhaps that’s at the core of the Corps’ exceptional solicitation of the military recruiting pool: a conscious or subconscious need to survive through well-orchestrated spin, publicity, and advertising.

Regardless, the 80s and 90s were a particularly wild time for Marine Corps commercials. Sandwiched in between the popular we don’t promise you a rose garden campaign of the '70s and the modern campaign, which relies on high-level cinematic presentation and punchy displays of Marine combat capabilities, the '90s message relied on one common thing: metaphor. And when I say metaphor, I’m talking some visual and communicative elements that, in hindsight, were absolutely outrageous and on another level.

There were knights, chess sorcerers, and lava monsters. All of them contained, to put it politely, out-of-the-box storytelling and messaging that featured an everyman type of protagonist facing a dire situation, combined with a conclusion that saw the budding hero transformed into a dress-blue-clad Marine conducting some pretty standard sword manual. All of this is told as a legitimately blockbuster-like score plays behind a sultry voiceover that vaguely tells you that your choice to join the Marines will change you forever.

Now, if I may, I’d like to chime in and say that Task & Purpose is filled with some incredibly talented journalists. And if I was one of those journalists, I might have the integrity to just look up the facts regarding what I’m about to say. But I’m not one, so I’m going to just go out on a hyperbolic limb here and say that whatever ad agency the Marine Corps hired during that period most likely filled their creative room with hallucinogenic drug use.

How else can you explain the kind of stuff they were putting out? I’m not saying it’s bad. I’m saying it’s trippy. The kind of stuff that begs the question: Was the Marine Corps specifically targeting 17-year-old athletically built potheads who played too much Dungeons & Dragons? Because that’s the only conclusion I can come to, and that’s why those commercials spoke to athletically built nerd potheads like myself.

Semper Fi, my fellow Marines of the '80s, '90s, and 2000s. We were sucked into the big green machine during a very exciting time in television advertising.