Why ‘Call Of Duty’ Crushes ‘Battlefield 4’ Every Time

If you’re an adult and make solid choices, then your game of choice is coming from the Call Of Duty... 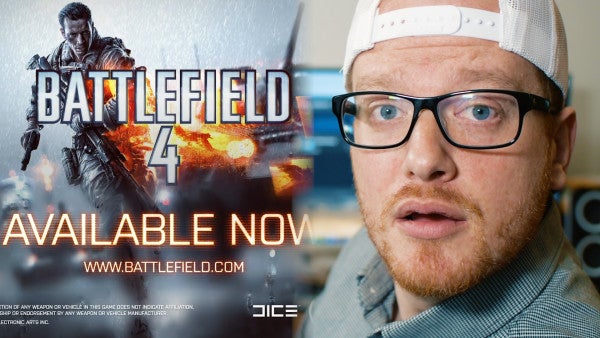 If you’re an adult and make solid choices, then your game of choice is coming from the Call Of Duty franchise. Ever since the original Call of Duty blew my mind all the way back to World War 2 nearly 15 years ago, the series only gets better with each passing installment.

You get the weird conspiracy stuff with Black Ops! The heroics of World War 2 with World at War!And even new addition Infinite War, which is set in space, kind of reminds me of a certain other forever war we seem to be stuck in.

But if you’re a dum-dum, then you’ve played Battlefield 4, which is ten times worse than the pinnacle of the Call of Duty family, Modern Warfare 2. Don't believe me? Let me count the ways:

Unlike stupid Battlefield 4, 16 people in a match is just fine and cozy for some multiplayer Call of Duty action. You don’t have to play on a giant map waiting for people to show up since it was designed for half of a platoon to plod around on.

You know how awful it feels when you're romping about with your boys and you get shot in the head from across the map? It feels awful. And that person who shot you? They're probably 10 years old. It’s a bigger hit to my ego than when I realized I would never buy a house because I ruined my credit score when I bought that Camaro at 20% APR right out of boot camp.

Also, no one likes snipers in real life because they all act like whiny bitches. You know, like the guy who wrote Jarhead.

Nothing is worse than these huge maps where you’re forced to run around all day. You know how much stress is already on that little digital dude to perform? Iraq was huge and not fun, and bigger equals worse.

That’s why Call of Duty maps are great: they are tiny and adorable! You can turn a corner and boom, stab a guy. And it makes the use of a grenade launcher glorious. When I use that noob tube, it’s like suddenly I'm Thor, smiting non-believers with my mighty lightning bolts.

In Call of Duty, I can just call in airstrikes the good old-fashioned way. Who wants people actually zooming around when the computer can fly better than they can, and give me literally all the kills?

Now, I’m saying Battlefield 4 sucks. If you disagree with me, then you’re a dum dum. I’ve also never played Battlefield 4 because it’s garbage. I don’t need to taste garbage to know it’s bad for me.