A Camp Pendleton Marine court-martialed for using and distributing illegal substances to his fellow Marines had, among many other things, … Continued 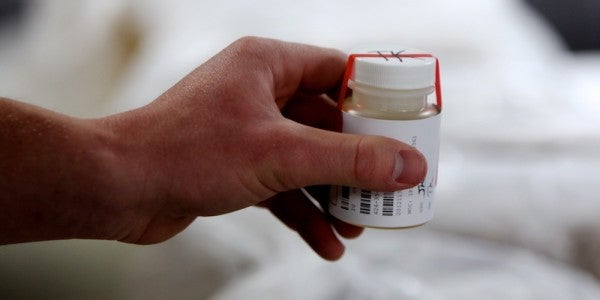 A Camp Pendleton Marine court-martialed for using and distributing illegal substances to his fellow Marines had, among many other things, a fake penis in his possession — ostensibly used to defeat Corps urinalysis tests — when he was stopped and searched by military police last year, according to court documents released last week.

In a May 17 decision, a military appeals court judge upheld the court-martial conviction of Cpl. John Kmiecik for violating the Articles 92 and 112a of the Uniform Code of Military Justice when he was discovered with a cache of LSD and marijuana during a traffic stop at Camp Pendleton in March 2017.

After receiving an initial sentence of 15 months’ confinement, along with forfeiting pay and allowances and a reduction in grade to E-1 (minus a bad conduct discharge), Kmieck appealed on the grounds that the presiding judge “abused his discretion during pre-sentencing by admitting a signed acknowledgment from the appellant that he understood the Marine Corps’ policy concerning illegal use of drugs.” Which, well, lol.

Efforts to avoid a hot result in your piss test with prosthetic dongs like the Whizzinator have been commonplace for more than a decade. But for reference, here’s what a Whizzinator looks like:

Anyway, if you have a fake penis in your car, along with a buttload of acid and weed, maybe don’t authorize military police to search your locked vehicle. Then again, a plastic schlong does come in handy for those door dings: