These 4 Celebrities Didn’t Serve In The US Military, And We’re Very OK With That

I think I’ve seen every list, article, and VH1 video concerning celebrities and their military service. Hell, I may be... 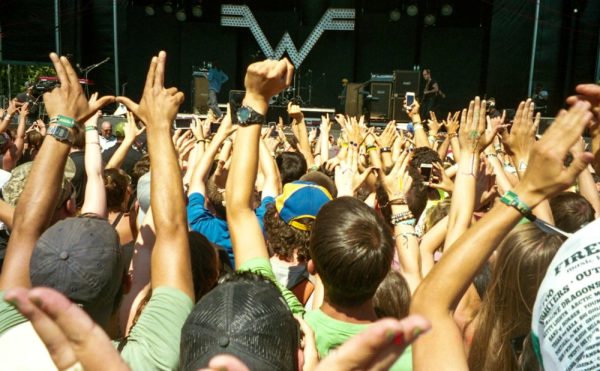 I think I’ve seen every list, article, and VH1 video concerning celebrities and their military service. Hell, I may be responsible for some myself. As I do once every two months, I was reading through my personal and comprehensive collection of Maxim magazines.

But after a deep moment of meditation, I had an epiphany: At this point in American history, we’re not really going to see a lot of names added to the list.

Why? Because with the exception of a few people in the Global War On Terror, most big names who served in the military served from World War II until around Vietnam because the government forced them to.

Cage the Elephant, about to take the stage at Firefly music festival as concertgoers wander the Delaware wasteland.

Regardless, we gravitate toward these lists because we like to see those who we look up to on the stage or screen share a major commonality with those who served. It makes them feel more human than any character they play ever could in the same way there’s something about seeing a musical legend wearing the same uniform as us. We gravitate toward the idea that at one point we were all the same — and everything about status and celebrity goes out the window in that world.

We were all just lowly privates trying not to get yelled at. It was a simpler time for all — until they joined a band, got famous, had access to all the women and drugs in the world. They became celebrities, had yacht parties, made millions, and bought a giant home overlooking Los Angeles. You just sit in a cubicle all day.

Jack takes on the hordes after a hard day of writing posts and making videos for you, the Task and Purpose reader.