When he became superintendent of West Point in 1817, Col. Sylvanus Thayer set out turn the Army academy into a... 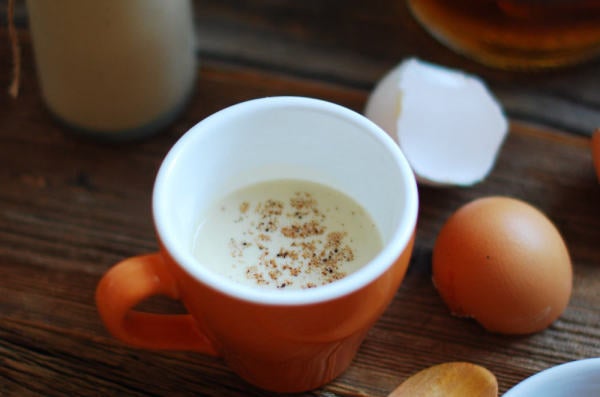 When he became superintendent of West Point in 1817, Col. Sylvanus Thayer set out turn the Army academy into a well-respected institution. Prior to his tenure, the school consisted of roughly 10 or so students taught by three professors. In order to change that, Thayer implemented a rigorous curriculum and regimented living standards for West Point cadets. But this decision backfired on Dec. 24, 1826.

According to Smithsonian Magazine, Eggnog itself has a particular history within the U.S. Army. Even George Washington is said to have had a special recipe for it. While the drink was previously a traditional part of West Point's annual Christmas celebration, Thayer prohibited alcohol with the exceptions of Fourth of July and Christmas. However, due to inappropriate behavior that year caused by drinking on Independence Day, Thayer extended the ban to Christmas, ultimately prompting his students to rebel.

In order to carry out their own Christmas festivities, a number of cadets set to work smuggling alcohol onto the campus, reported Havok Journal.

One such cadet was Jefferson Davis — future president of the Confederacy. He and a number of other students ventured over to a local tavern called Benny Haven, where they were allowed to barter items like blankets for alcohol. Since Thayer’s moratorium didn’t extend past the walls of West Point, the students faced no obstacles obtaining alcohol off campus.

The students crossed the Hudson where the bars were located and smuggled the contraband back onto campus, up to the North Barracks.

That night, there were two officers monitoring the living quarters: Lt. William A. Thornton and Capt. Ethan Allen Hitchcock.

At midnight, Lapham’s Quarterly reported, there were nine cadets celebrating in one room. Eventually, the party expanded to include multiple rooms. By 2 a.m., the party turned raucous with the cadets, now inebriated, singing and carrying on.

At nearly 4 a.m., Hitchcock heard the noise below through the floorboards and proceeded upstairs to read the group the Riot Act, which declared a gathering of 12 or more people unlawfully assembled. Assuming this action was enough to quiet the group, he left.

Riled up by Hitchcock’s attempt to curtail the festivities, this particular group decided to torment him. One cadet yelled, “Get your dirks and bayonets … and pistols if you have them. Before this night is over, Hitchcock will be dead!”

Downstairs, an even louder party was in full swing. Hitchcock went down to inspect. Late to realize, but intent on warning the others, Davis came stumbling out to one of the rooms, yelling, “Put away the grog boys! Captain Hitchcock's coming!” But Hitchcock was already there, and he instructed Davis to go to bed.

Then, the riot ensued.

In his book, “The Eggnog Riot: The Christmas Mutiny at West Point,” James B. Agnew wrote that what happened thereafter was an all-out brawl between drunk students, sober students, and faculty.

Nearly 100 cadets took part in the riot overall. By the end of the night, the debauchery led to broken windows and furniture, unsheathed swords, one loaded pistol, and two assaulted officers.

The riot lasted two hours, until the 6 a.m. reveille. By the time roll call came, a number of the students were still too drunk to be hungover.

In listening to Hitchcock, Davis managed to evade punishment, as did his future general, Robert E. Lee. But his roommate was the one who held the loaded gun.

Though 90 students could have been indicted, Thayer chose only to charge the most aggressive cadets. After nearly a month of inquiries, 19 cadets were court-martialed for the riot. The trials began on Jan. 26, 1827, and ended on March 8, 1827.

In the end, 11 cadets were expelled from West Point, making it the largest mass expulsion in the school’s history, all thanks to eggnog.