Get your television remote and your puke bucket ready, because The Hurt Locker is now on Netflix. 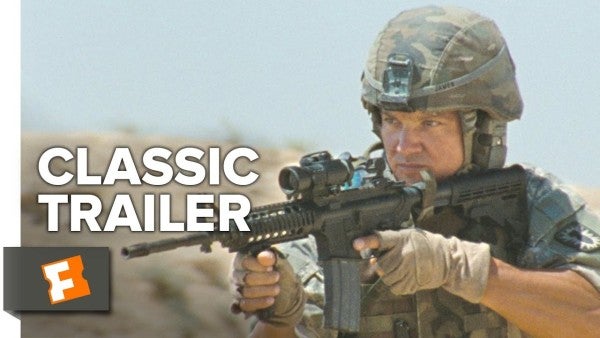 Get your television remote and your puke bucket ready, because The Hurt Locker is now on Netflix.

The 2008 film starring Jeremy Renner as an Army explosive ordnance disposal technician in Iraq, which wowed civilians while making military audiences collectively groan, is back on the streaming platform as of March 1.

Sure it won six Oscars, and was hailed as an amazing military flick by just about every movie critic under the sun. But that doesn't mean it isn't viewed as complete shit by the people it's supposed to depict. “[It's like] Top Gun,” one Army EOD soldier told Task & Purpose, while noting it had great cinematography but plenty of technical inaccuracies. “If you know very little about the subject matter, it's a good movie.”

The movie played hard and loose with what EOD actually does, as I noted in 2015. There are, of course, the minor errors like unit names, and then there are huge, glaring plot holes and/or complete idiocy from an EOD tech — like when Staff Sgt. James pulls up a bunch of red wires to reveal six bombs daisy-chained all around him, or when he decides to throw on a hoodie and just go walking around at night in Iraq with a 9mm pistol to win the war all by himself.

“How about the fact that the team leader is out of control? A that 'cowboy' would be fired. His team member got shot because of him, good luck living with that,” another EOD soldier told Task & Purpose, adding that they're not trained snipers; they usually, you know, roll around with security; and unfortunately, they don't have magical fire extinguishers that will put out a fire that has engulfed an entire vehicle.

But anyway, the movie is out on Netflix so go grab a beer and take a swig every time you notice something fucked up. You'll probably be passed out less than 30 minutes in.

“The Hurt Locker was not written for us. It was not produced or shot for us,” Jason Dawson, a Marine Corps veteran, told War is Boring. “It was shot for people back home who have a very John Wayne, cowboy-esque view, the Wild West view, of what goes on in Iraq. These are characters that you drummed up, from behind a desk, and then you put them through scenarios that you imagined about what it's like 'over there.'”

SEE ALSO: Here's Why 'The Hurt Locker' Is The Worst War Movie Of All Time