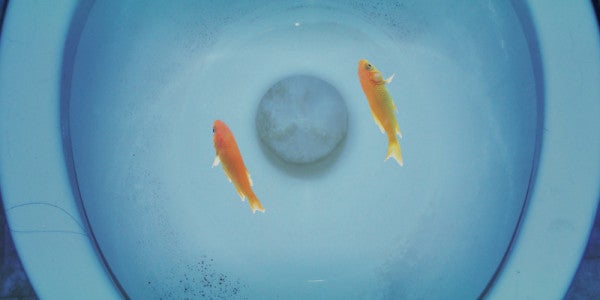 On March 10, a man in China was rushed to the hospital and nearly died after getting wasted and putting not one, but two live pond loaches up his butt.

The fish managed to swim upstream to his abdomen. According to the Daily Mail, the fish were inside the man for 24 hours, and one of them managed to perforate his intestine.

Doctors at The First Affiliated Hospital of Jinan University were able to locate the loaches and remove both, like shooting fish in a bowel.

The fish had caused a serious infection in the patient's abdominal area, and the man has since been transferred to an intensive care unit to recover, and presumably tell stories about the one — no, two — that got away.